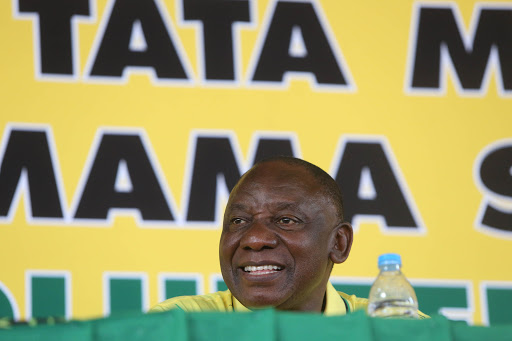 DA leader Mmusi Maimane accused President Cyril Ramaphosa on Saturday of making empty promises and being unable to introduce the bold reform the country’s economy needs to create jobs and access to opportunity.

Maimane said Ramaphosa’s speech in Durban on Saturday during which he unveiled the ANC’s 2019 election manifesto was “full of more empty promises that all South Africans know he will never deliver on”.

“Today’s ANC manifesto launch today confirmed three things of vital importance to the people of South Africa: The ANC has not changed‚ Cyril Ramaphosa cannot deliver the immediate change our country needs‚ and his promises are empty.”

At a time of acute racial division in the country‚ Ramaphosa had offered no leadership on how the nation could come together as a country and build “One South Africa for All”‚ Maimane added.

“Most of what he promised has already been promised over and over again by previous presidents‚ and have never been delivered on.

“Ramaphosa showed no sense of urgency. All of his solutions are long term and slow‚ when South Africa needs urgent change now‚” Mamaine said.

In honour of former president Jacob Zuma‚ who had received a hero’s welcome at the stadium‚ the president had offered barely a word on corruption and had no plan on how to tackle it urgently.

“And the President himself has been tarnished by the same corruption suspicions by accepting money from the tainted Bosasa and letting his son benefit from them too. To say Ramaphosa is weak on corruption is an understatement. He is complicit.

“This shows that the ANC is still a vehicle of corruption that has broken our country‚” Maimane said.”

“What is clear is that President Ramaphosa is Mr Delay rather than Mr Deliver‚ as he hides his inability to take action on any issue behind endless talk shops and summits. He is simply not able to make a clean break from the corrupt ANC that brought our country to the brink of a failed state. But more crucially‚ he cannot introduce the bold reform our economy needs to create jobs and access to opportunity.”