Leaders must not be obsessed with positions - Magashule 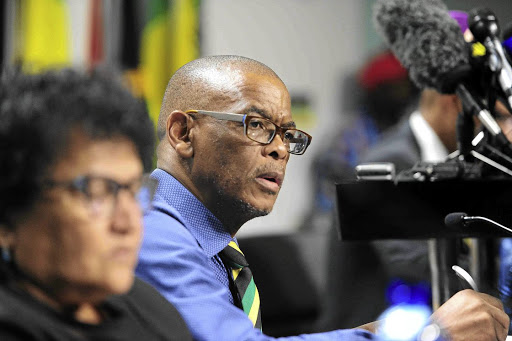 Elected leaders in the ANC should refrain from being obsessed with positions and serve the people without arrogance.

This is the message that ANC secretary-general Ace Magashule had for ANC members who came out in numbers at the annual Pixley ka Isaka Seme Lecture at Inanda Seminary School in Inanda, north of Durban, on Thursday evening.

The event was organised by Woza eNanda Tourism in partnership with the Seme Foundation.

“There’s no leader that comes from nowhere. If there’s a leader who has emerged outside of the branch, that is fake leadership,” said Magashule.

“We like positions, we like status, we don’t like services, we don’t serve people. We are not selfless, we are not dedicated. We are not committed... we want positions,” he said to a round of applause.

KwaZulu-Natal ANC chairperson Sihle Zikalala has asked for blessings from the leadership of the Shembe Church ahead of elections.
News
2 years ago

He said Seme was a leader of the ANC who was not too preoccupied with holding positions in the ANC and that current leaders could learn from him. He said that elected leaders should use the 107th birthday celebration of the party to “humble ourselves”.

The ANC turned 107 on Tuesday and will have its formal birthday celebration on Saturday as well as  launch  the party’s manifesto at Moses Mabhida Stadium in Durban. Magashule, who kept  the attendees on their feet with Struggle songs throughout his hour-long speech, said once leaders are elected into positions, they no longer take instructions from their deployers.

Inanda is a  township known for having produced top ANC leaders such as the late Seme and John Langalibalele Dube, among others.

The Inkatha Freedom Party (IFP) has accused the ANC-led Alfred Duma municipality in KwaZulu-Natal of directing R400‚000 in public funds towards the ...
News
2 years ago

Addressing Zuma, Ramaphosa said he had ‘passed on the baton to me’, and he would ‘run the race’ together with other ANC NEC members
News
2 years ago
Next Article