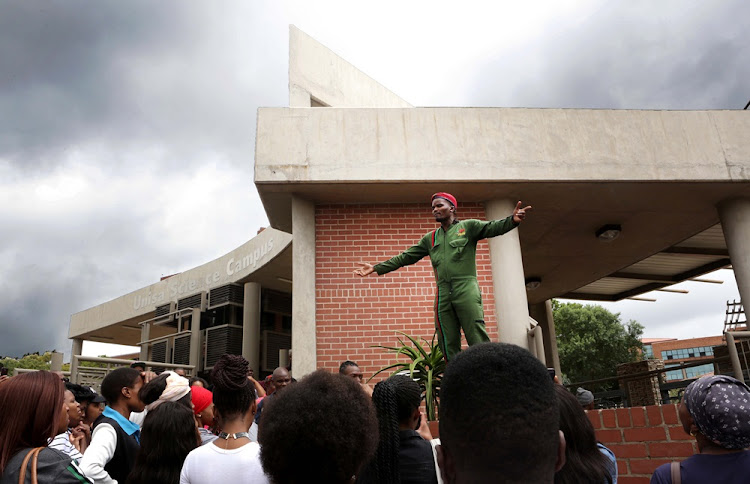 The high court in Pretoria on Friday granted the University of South Africa (Unisa) an interdict against students who have been protesting since Monday.

“The university decided to approach the court to obtain this interdict in order to ensure that it brings to an end the disruptive effect of the student strike to its operations, including denying staff and students access to the premises of the university for purpose of work and/or receiving services on registration and related matters,” Unisa said.

On Monday, the university advised students to register online after several campuses were affected by the student representative council’s (SRC's) call for a national shutdown.

Eastern Cape SRC deputy chairperson Lungile Mnukwa said: “We want Unisa to improve the NSFAS [national student financial aid scheme] service by improving the administration. Unisa students don’t get meals and accommodation, so now we are saying we should be given the same service as NFSAS students in other universities.

“NSFAS students are getting laptops and not book allowances, so they [NSFAS] are saying students should choose between the two. We want NSFAS to cater for both.”

Other student concerns include CCTV and security control in study and examination spaces, better study materials and increased access to tutorial and research classes.

Campuses have been affected in Gauteng and the Eastern Cape, as well as in Durban, Pietermaritzburg, Polokwane and Parow in Cape Town.

Unisa its student representative council have failed to reach an agreement on the demands made by students.
News
3 years ago

Judge Elizabeth Kubushi said the ANC Youth League, the South African Students Congress and the Economic Freedom Fighters Students’ Command, among others, may not: