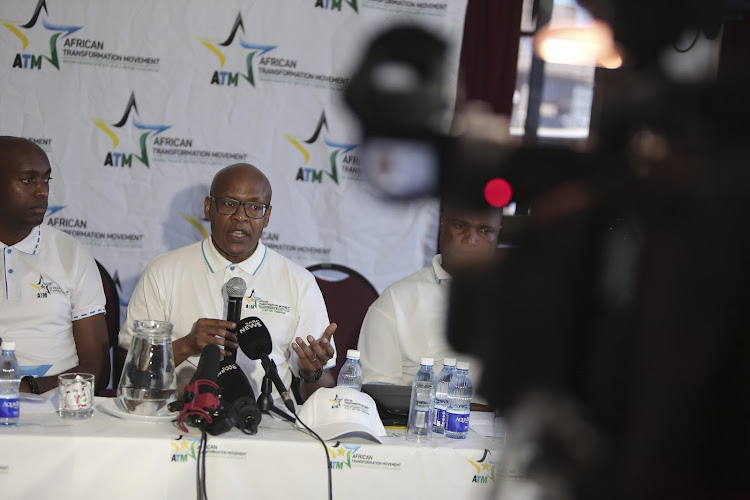 Every election season newcomers emerge to contest the polls. Ahead of the 2019 elections three prominent figures have started or joined new movements seeking to change the status quo.

In this year's national elections South Africans will have more options in addition to the usual faces on the voting ballot.

It's official, Gupta vendor finance beneficiary Mzwanele Manyi has found a home in the ATM.
News
3 years ago

The former government spokesperson surprised many on Wednesday January 9 when he announced he was forsaking his long-time political home‚ the ANC‚ to join the newly formed African Transformation Movement‚ also known as ATM.

The faith-based party was formed in 2018 by the South African Council of Messianic Churches in Christ. TimesLIVE reported that Manyi has secured a spot in the ATM as head of policy and strategy and as a member of the national executive committee.

According to Manyi‚ the ANC "is tired‚ fatigued‚ and has lost its moral compass".

The former SABC chief operating officer has never shied away from expressing his interest in becoming South Africa's first citizen.

In December‚ Motsoeneng launched the African Content Movement with the intention of contesting the 2019 national elections in May.

"I am going to contest [against President Cyril] Ramaphosa because I want to be the president of the country. I don’t think Ramaphosa can defeat me. I am going to shock the country‚" he told Sowetan in December.

His policies include reducing social grants and forcing foreign companies to exit South Africa within a certain time.

The name of the political party is yet to be announced.
News
3 years ago

After a lengthy legal battle with the DA and the city of Cape Town‚ Patricia de Lille stepped down as the mayor of the Mother City and formed a political party called Good.

Launched in November 2018‚ the party will contest the elections in all nine provinces.

"I am not on any chronic medication at my age. I really have a lot of energy left. So it is time for a new political party‚" she said at the announcement.