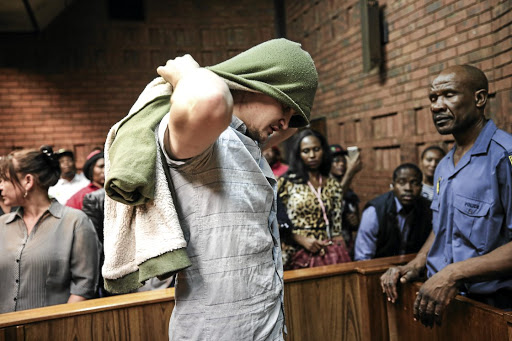 A 20-year-old man accused of raping a seven-year-old girl in the bathroom of a Pretoria restaurant has been ordered to undergo a 30-day mental evaluation.

Nicholas Ninow appeared briefly in the Pretoria Magistrate’s Court on Wednesday where the court ordered he should undergo a mental evaluation in a bid to determine whether he has the capacity to understand court proceedings.

The evaluation will also aim to determine whether Ninow was in a sound mind when he allegedly committed the crime at a Dros Restaurant in September 2018.

Prosecutor advocate Sanet Jacobson told the court that a bed has been made available at Weskoppies Psychiatric Hospital where Ninow will undergo a 30-day observation. Jacobson requested for the matter to be postponed to February 8.

“The matter was postponed to today to allow for a bed to be available and it has been made available. He will be evaluated by a team of three psychiatrists and one psychologist,” Jacobson said.

Ninow followed the seven-year-old child to a bathroom and allegedly raped her. A video taken moments after the alleged incident showed a man covered in blood and angry patrons berating him.

During his previous court appearance on November 1, the court granted an application by the state and the defence to have the 20-year-old accused referred for mental observation.

Legal aid lawyer representing the accused, Riaan du Plessis, told the court that there was a need to explore the mental state of Ninow at the time of the alleged incident, adding that the accused was diagnosed with bipolar disorder in 2013 and has been using drugs since he was 14 years old.

It was put on record that the accused had previously undergone rehabilitation for substance abuse. "He also tried to commit suicide because of the severe depression of having bipolar," said Du Plessis.

Court may send Ninow for mental observation.
News
3 years ago

The matter against a Pretoria man who allegedly raped a seven-year-old girl at a Dros restaurant had been postponed to January 15.
News
3 years ago

Healing a child from trauma