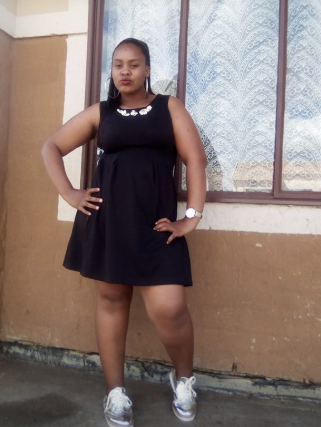 Zinhle Maditla, the alleged killed of her four children, who were buried in Mpumalanga on Tuesday.
Image: Facebook of Zinhle Maditla

Ethen Maditla was meant to have celebrated his first birthday in a few days' time.

But on Tuesday, his coffin - along with those of his three elder siblings - was carried to the front of the Witbank Civic Centre for their funeral service.

Ethen was the youngest of 24-year-old Zinhle Maditla's four children, who were found murdered last week in their home in Klarinet in Witbank, Mpumalanga.

The other siblings are eight-year-old Minenhle, seven-year-old Blessing and three-year-old Shaniqua.

Their bodies were found by relatives on December 30, after Zinhle allegedly phoned to tell them she had left something for them at her home.

She is the main suspect behind the killings.

According to police, the children's corpses had already begun decomposing when they were found. All four had been wrapped in blankets.

It was not immediately clear how they had been killed.

The programme for the children's funeral service displayed their photos and gave their date of death as December 27, the day after they were last seen alive. 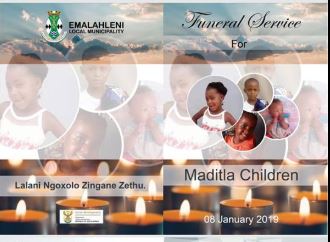 The programme for the funeral of the four Maditla children, who were found murdered in their home in Klarinet, Witbank, in December.
Image: Facebook / Themba Marabe

A seemingly weak Maditla reportedly handed herself over to police after the bodies were found. She was hospitalised under police guard.

She appeared in the Witbank Magistrate’s Court on Monday. Her case was postponed to December 14 for a formal bail application.