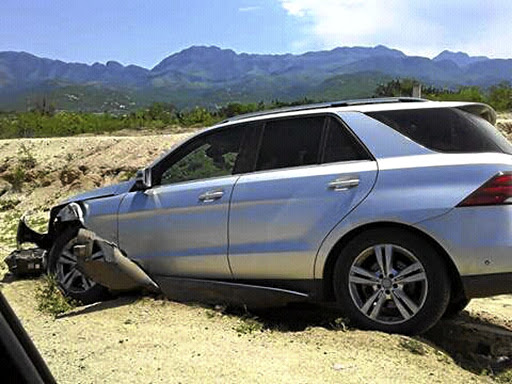 The official vehicle of the mayor of Maruleng municipality Dipuo Thobejane' is stuck on the side of the road after it was involved in an accident while being driven by the mayor's driver.
Image: Supplied

Maruleng local municipality mayor Dipuo Thobejane has resumed her duties without her expensive official Mercedes-Benz SUV after it was involved in a crash, allegedly while being used by her off-duty driver.

Thobejane's driver - Pulane Sekgobela - allegedly crashed the vehicle while on a personal trip during the holidays.

Sekgobela allegedly took the municipality's silver Mercedes Benz GLE 400, worth more than R800,000, without the mayor's knowledge and crashed it into another vehicle at Makgaung village on December 26.

Sekgobela has denied he was on private business when the accident happened.

"I left my phone in the car and when I returned I found several missed calls from the mayor. She also sent me a text message to drive to Tzaneen, where I was going to fetch her.

"When I tried to return the mayor's calls she couldn't pick up her phone. I drove to Tzaneen and found that she had already arranged another transport to go home," he said.

Sekgobela said the accident happened when he was coming from Tzaneen, heading to the Oaks area.

"I was following a red Ford Fiesta and when I tried to overtake, the vehicle came into my lane. I tried to control the wheels but unfortunately he was very close to me and the vehicles collided," Sekgobela said.

Thobejane, however, has disputed Sekgobela's version of events, saying her driver was not on duty when the accident happened.

The mayor said she had not sent Sekgobela anywhere on that day. 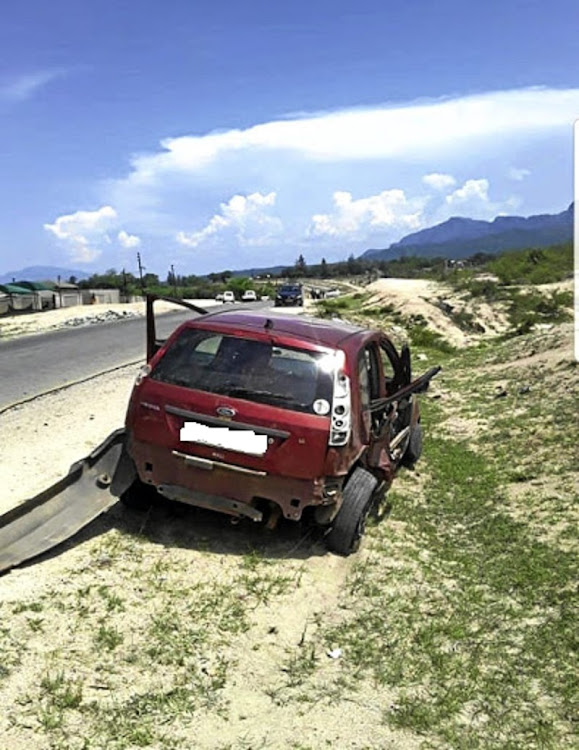 This Ford Figo was involved in an accident with the mayor's car.
Image: Supplied

"I was not around. I just heard that the car was involved in an accident and the key to the car doesn't stay with me. We are waiting for a full report when the council convenes."

Councillor Jeffrey Marema said harsh steps should be taken against the driver for taking an official car for his own pleasure.

"The municipality can't be expected to spend more than R200,000 fixing the vehicle while our people lack basic services such as water and tar roads," Marema said.

"The council is sitting tomorrow and we are going to demand that the driver should be fired for abusing municipal resources."

"If the driver of the mayor can do as he pleases with our resources, it means there is no leadership in the municipality," Mkansi said.

Police spokesman Colonel Moatshe Ngoepe referred the inquiries to the department of transport.

Transport department spokesman Matome Moremi Taueatswala however told Sowetan that they do not release details and the names of people involved in accidents to third parties.