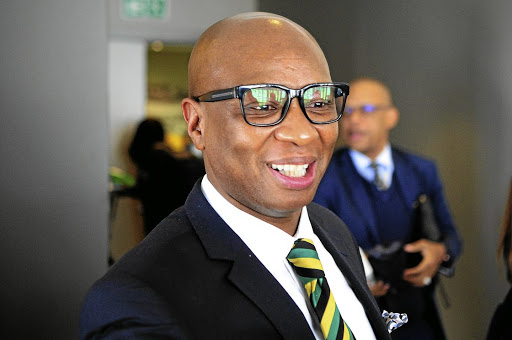 ANC members who have made it onto the party's final list for deployment to parliament after the elections may still be removed.

This was because the vetting process of candidates, which may disqualify others, was yet to be completed.

The deadline for the submission of names to the Independent Electoral Commission (IEC) is January 31.

ANC spokesperson Zizi Kodwa said the process might uncover that some did not meet the necessary criteria.

Only convicts will be removed from ANC parliamentary list: Jessie Duarte

ANC Deputy secretary general Jessie Duarte on Friday said only people who had criminal convictions will be excluded from the ANC lists to parliament ...
News
3 years ago

"Vetting may include removing names because there's a means test that individuals must meet [and] we are not at that stage now," Kodwa said.

Kodwa was addressing the media yesterday at the conclusion of the ANC's two-day national list conference at Coastlands Hotel in Umhlanga, north of Durban, KwaZulu-Natal.

He said candidates who made it to the 200 list will be submitted to the IEC by the end of the month after the national executive committee gives the approval.

Acting spokesperson Dakota Legoete said a reserve list will come into play in the event that a member resigns or dies, which will fill up that space.

He said any member on the list must enhance the integrity of the party as well as be electable in terms of the guidelines.

ANC members and leaders who have been involved in “fostering divisions and conflict” in the party will not be included for the national assembly and ...
News
3 years ago

"The ANC is under no illusion that its list must enhance its integrity with the calibre of public representatives that are capable of advancing the electoral mandate of the ANC," said Legoete.

Kodwa, however, said the top 25 names would go into a "safe zone", but "the number on the list means nothing at the moment" as that will only be the case if the ANC wins the elections.

Asked to give the list of the names, Kodwa said the party was not in a position to mention any names yet, not even a "top 10".

Speculation was rife on whether the likes of former president Jacob Zuma and former home affairs minister Malusi Gigaba had made it to the list of members who stand to go to parliament.

Last month, Zuma and Gigaba made it to the ANC's parliamentary list of public representatives ahead of the elections.

The former statesman came in at number 74, while Gigaba was at 26. The preliminary national list was released last month after nominations were made at provincial list conferences.

However, it is not yet clear whether both men have accepted or declined their nominations.

A decision on the list of who will be deployed to the National Assembly is expected.
News
3 years ago

ANC head of elections Fikile Mbalula says the party’s election manifesto‚ which is to be launched at a rally in Durban‚ is not a “bucket of promises” ...
News
3 years ago

ANC nominates Jacob Zuma as a member of parliament

Jacob Zuma is set to make a sensational return to politics if ANC members have their way.
News
3 years ago

Former president Jacob Zuma has cast doubt on the genuineness of the ANC’s unity narrative and has questioned whether some party leaders meant what ...
News
3 years ago
Next Article