Avukile reaps fruits of success with an ‘A’ pass 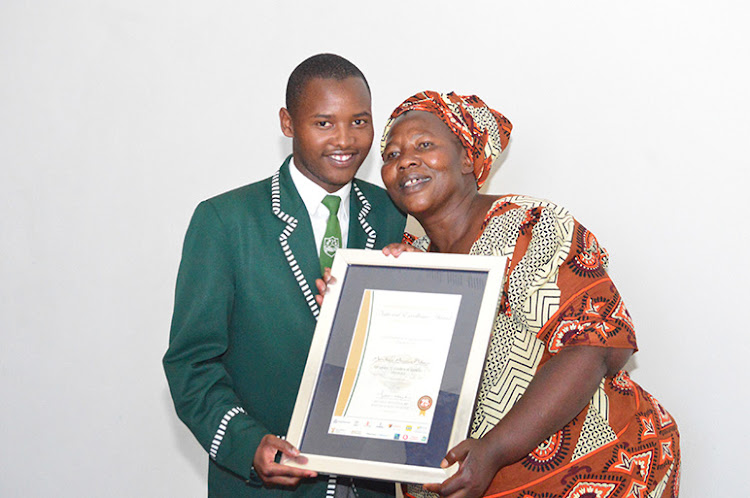 Nelson Mandela once said it was through education that the daughter of a peasant could become a doctor.

Now the son of a street hawker in Elliot has been named as one of the top matriculants in the country – and is well on his way of realising his dream of becoming a neurologist.

Avukile Nkayi, 17, who matriculated from Nyanga High School – a no-fee school – in Ngcobo, was invited to Midrand where the matric results announcement ceremony was held on Thursday.

He was revealed as one of the top achievers in SA by basic education minister Angie Motshekga.

Avukile who was raised in an RDP home crammed with 14 other family members, overcame adversity to obtain seven distinctions. Avukile studied by candlelight while his mom, Thembeka Nkayi, sold oranges and meat on the streets by day to provide for her family.

With excitement bubbling ahead of the official announcement of their final-year exam results, basic education minister Angie Motshekga on Thursday ...
News
2 years ago

Avukile was named as the second best performing pupil from a quintile 3 (no-fee) school in the country.

Speaking to the Dispatch on Friday, ahead of the provincial matric awards ceremony to celebrate top achievers, Avukile said he had dedicated all his time to his books, but also managed to tutor other pupils.

“Helping others with maths, also helped me to understand the subject more, so it was beneficial for me to help others,” he said.

The A-student said he also owed his outstanding results to the study camps he had attended, including a camp founded by the ANC’s Eastern Cape leader, Oscar Mabuyane.

Avukile’s mother, Thembeka, said she could not find the words to express her joy.

Thembeka, who has been hawking since 1991, said her business and a social grant for one of her children had been the only income for the family.

“I have four children. He is the first one to reach matric. In order for me to put food on the table I have to sell fruit, vegetables and meat on the streets. Now I am hopeful that my son will be successful and I can finally retire from sitting in the sun and selling on the streets,” she said.

Avukile said his plan to study medicine this year at the University of Cape Town, and to specialise in neurology, was born of a dream that was inspired by his mentally challenged brother.