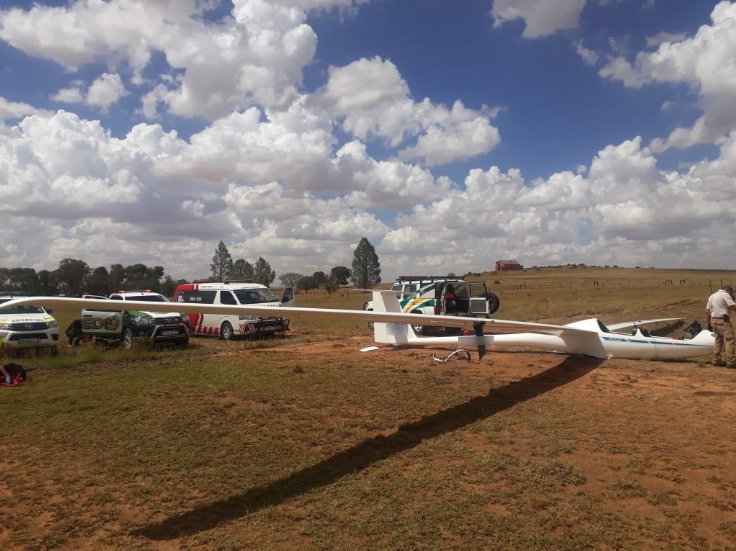 A light aircraft crashed into a field near Swanepoel Street, Bloemfontein, on January 4 2019, leaving two men in a critical condition.
Image: ER24

Two men, believed to be in their 50s, were left critically injured on Friday afternoon following a light aircraft crash in Bloemfontein.

The plane crashed into a field near Swanepoel Street at about 1.40pm, said ER24 spokesperson Russel Meiring.

ER24 paramedics as well as the Free State emergency services and Life Healthcare responded to the crash.

"On arrival, paramedics found the wrecked aircraft in the field. Two men, believed to be in their 50s, were found lying trapped inside the wreckage. The provincial EMS utilised various rescue tools to free both men from the aircraft," said Meiring.

A female pilot and a gardener are dead after a light plane crashed into a residence in Vorna Valley‚ Midrand‚ on Monday.
News
3 years ago

Once freed, paramedics assessed both men and found that they were in a critical condition.

"The men were treated for their injuries and provided with several advanced life-support interventions," he said.

One man was airlifted by a private medical helicopter to a nearby hospital while the second man was transported by ambulance.

"The details surrounding this incident are not yet known but local authorities were on the scene for further investigations," said Meiring.