'We were all shaking when we got the call': Top matric achiever's mom 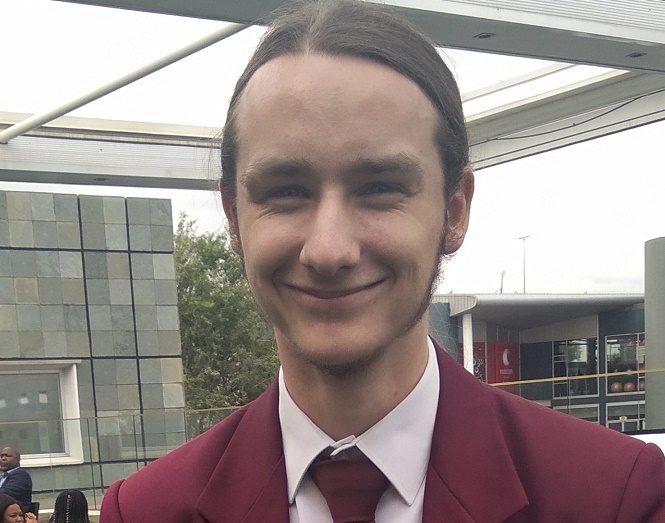 The Capetonian was speaking to SowetanLIVE at the breakfast held for the top matric achievers with basic education minister Angie Motshegka.

Her son is one of the top achieving matriculants who were flown to Gauteng for the results ceremony on Thursday evening.

None of the matriculants‚ including Liam‚ know what awards they have received or what marks they earned.

They will hear what awards they received on Thursday evening.

"We have to wait for tonight. We are excited‚" said his mom.

"When people ask me what I did [last] year‚ I say matric. I have done it before with his older brother. This is the second time round."

She said nothing could replace the parental support that matriculants needed to excel.

"You keep the meals coming and the lifts going."

She is finished with more than 15 years of school lifts now.

"I am no longer a school mom."

Gurney‚ who has long hair as his school‚ Westerford High School‚ based in Rondebosch in Cape Town‚ has "unisex hair rules" allowing male learners to have long hair too.

He said one of the challenges of writing matric "is the fact there is a lot of work in a short space of time. It goes by really quickly."

But he enjoyed the year.

"It's a once-in-a-lifetime experience. You will always remember your last year at school. You won't really experience something like that . . . again."

Gurney will be studying a bachelor of computer science degree at the University of Cape Town.

When his mother was phoned by an official from the department of basic education about her son being awarded a top achiever prize‚ she was initially confused.

She said she knows her son is very smart but she was surprised he was a top achiever in the country‚ and was very proud.

"We were all shaking when we got the call. We were very excited."

'Into the wild': St John's top achiever wants to become a teacher, after a 'bush and sea' gap year

She asked where the ceremony was: "I thought it was somewhere in Cape Town."

Instead‚ the top matriculants and two family members were flown to Gauteng to stay in a hotel and be hosted by the minister.

At the breakfast‚ Motshekga said when she asks achievers what their secret for success is‚ the answer is always hard work.

"They never say they don't know or 'I am a gifted child'‚ actually. All of them for the past 15 years give me one consistent answer."

She says they all worked hard from primary school.

The minister congratulated them. "They are the best of the best."