Management of OR Tambo International Airport in Johannesburg says disciplinary hearings will be held on Thursday for two security company employees filmed allegedly taking a bribe at a passport verification checkpoint.

The two female employees of Securitas - aged 33 and 44 - were suspended by the company last Saturday.

Securitas is contracted to Emirates airline "and was in this case conducting the documentation verification process," said airport management in a statement.

"This process is done on behalf of airlines at the international departures hall prior to check-in in order to eliminate unnecessary delays and queues at the home affairs emigration desks."

The home affairs desk is the final port-controlled area that a passenger is subjected to after being checked in by an airline.

When the video surfaced on social media, Tau Thekiso, the airport's manager for public safety and security, informed Securitas that the two women would not be permitted to work at the airport, with immediate effect. 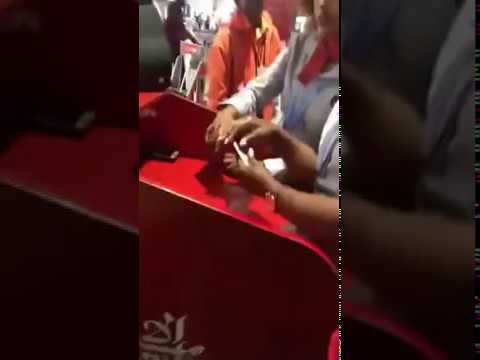 Securitas is one of the nine companies licensed by the Airports Company SA (Acsa) to provide security in terms of contracts directly with several airlines. The services that these companies provide include document verification (such as visas), cargo security, aircraft guarding, weapon handling and cargo escorting services.

"The company was also reminded that the airport expects it to maintain the standard of security across the various responsibilities set out in its licensing contract," said airport management.

Bongiwe Pityi-Vokwana, the airport's general manager, said the airline carries the responsibility for the conduct of the service providers it contracts.

“We will write to Emirates and ask it to advise how it will mitigate against this sort of incident in future. We will also ensure that a corrective action plan is submitted. In addition, we will review the licensing conditions of the security company,” she said.

Pityi-Vokwana said “considerable progress has been made over the past 18 months in dealing with crime in and around the airport".

Over the past 12 months, there were 676 arrests for all types of crime, representing a 20% month-on-month reduction in cases reported at the airport, management said.

Criminals are relentless. They seek out potentially vulnerable points in the airport environment.

Law enforcement agencies working at the airport also achieved "notable successes" in intercepting concealed drug shipments over the same period, with 1,186 seizures of drugs with a street value of R2.9bn.

“While we welcome progress, all stakeholders are very much aware that more must be done. Criminals are relentless. They seek out potentially vulnerable points in the airport environment, which is complex and requires constant coordination and collaboration," said Pityi-Vokwana.

"It is particularly disturbing when those mandated to protect passengers and the integrity of a national key point betray the trust placed in them.

"Over the past year, we saw a number of our own security staff perform incredibly well in interdicting drug smuggling and other crimes. It’s therefore upsetting to see the integrity of security employees - especially those employed by contracted security companies licensed to various stakeholders within the airport ecosystem - damaged by the actions of a selfish few.

“But we remain vigilant and will continue to act decisively in dealing with crime in and around the airport."