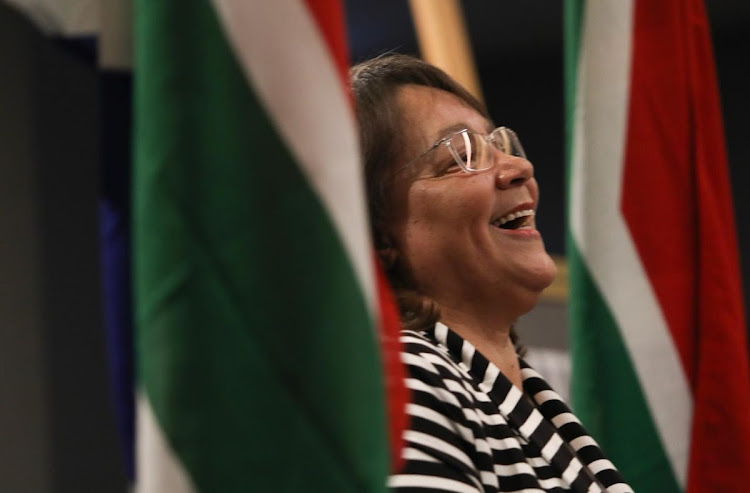 Former Cape Town mayor Patricia de Lille’s new political party Good has already won the support of about 60,000 people across the country with a strong contingent coming from Gauteng.

These are the people who have joined up through the party’s website and were captured on its database up to December 21.  Most Western Cape supporters have not yet been captured, which could change the profile of Good’s support base.

“It is going very well in Gauteng, and especially in the big cities. I am very happy with the response from young people,” De Lille said in an interview on Monday, though she cautioned that a lot of work was still required to spread awareness of the existence of Good.

De Lille who resigned from the DA and as Cape Town mayor at the end of October after about 18 months of bitter fighting with the DA leadership said that support for Good was coming from people who were disillusioned with the ANC, DA and EFF. This was Good’s target market; Good would be appealing to the disillusioned to act for the future good of the country, she said.

Political analysts are sceptical about the new party being able to make a significant mark in the elections but De Lille said this would be tested by means of an Ipsos poll that Good had planned for January.

Good has moved swiftly to get off the ground since De Lille made the announcement of its formation on November 18 and of its name on December 2.

It has been registered as a political party for the 2019 national and provincial elections with the Electoral Commission of SA (IEC); it has official party representatives in each of the nine provinces as well as nationally; it has volunteers working around the country, managing the administration and fund raising; and it has begun seeking donations through its website — though the intense drive to meet donors will only get under way in January. The party is hoping to raise a substantial amount through crowd-funding.

The party’s manifesto and policies, which will be based on four founding principles — spatial, social, economic and environmental justice — will be launched in January.

De Lille said Good had drawn up a constitution, which had to be submitted to the IEC for registration purposes. This provided for the establishment of a national leadership committee with three representatives from each of the nine provinces and herself as the founder member, giving a total of 28 members.

The committee would be made up of at least 70% young people and 30% experienced politicians to ensure an inter-generational mix.

The national leadership committee would drive the process of establishing and growing the party until the elections, after which formal structures would be put in place, De Lille said.