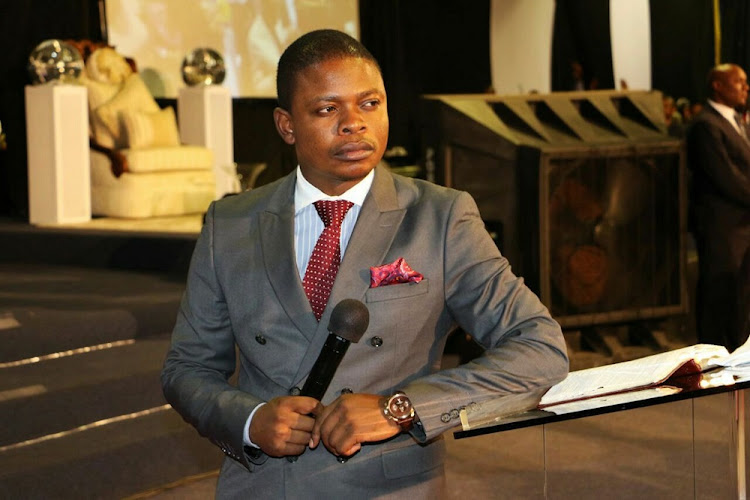 Prophet Shepherd Bushiri is the leader of the Enlightened Christian Gathering Church. Three women died and nine others were injured during a stampede at a church service at the Pretoria showgrounds on Friday night.
Image: Sunday World

Tshwane West police have urged people to be extra careful as they celebrate New Year’s Day this week.

The police made this plea following a stampede that claimed the lives of three women and left nine other people injured at Prophet Shepherd Bushiri’s Enlightened Christian Gathering Church in Pretoria on Friday evening.

Bushiri is expected to host a “crossover” night event at the Pretoria showgrounds from December 31 to January 1.

Tshwane West cluster commander Maj-Gen Daniel Mthombeni and police management only learned about the stampede at the Pretoria Showgrounds the following day.

Three women were killed and nine other people injured during a stampede at Prophet Shepherd Bushiri’s church in Pretoria.
News
3 years ago

“Preliminary reports indicate that the community assembled at the show grounds to attend to Shepherd Bushiri's church service around 8pm at hall C.

“According to them when the rain started, the congregation started to push each other and [the] stampede occurred, which unfortunately led to three deaths and nine injuries,” Tshwane West police spokesperson Cpt Augustinah Selepe said.

She said the injured were taken to Kalafong Hospital and Pretoria West Hospital.

She said anyone looking for a missing person whom they believed attended the church service should visit the Pretoria West police station.

Mthombeni said police were committed to creating a safe and secure environment for all people and depended on the co-operation of communities with regard to adherence to the rule of law.

"We offer our most sincere condolence to the families who lost their loved ones during the stampede and wish a speedy recovery to those injured,” said Mthombeni.