Jacob Zuma to become recording artist - thanks to Ethekwini municipality 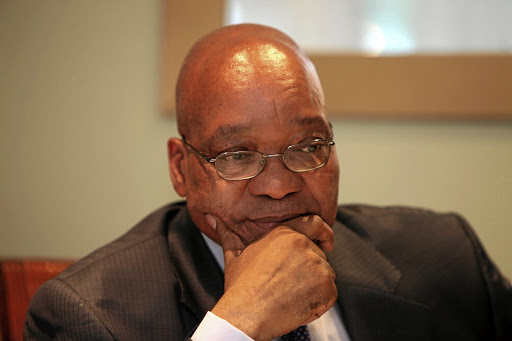 Former president Jacob Zuma will be recording his favourite struggle songs in 2019 in a deal he reached with Ethekwini municipality’s department of parks, recreation and culture.

The deal was announced by Thembinkosi Ngcobo, head of parks, recreation and culture at the municipality.

A delegation visited Zuma at his Nkandla homestead on Saturday where the former president agreed to record struggle songs.

“In terms of the city’s integrated development plan, we were mandated to stimulate economic growth through social cohesion and bringing people together, either through music or sport or cultural activities," said Ngcobo.

Sealed a deal to preserve our heritage through song with ex Pres #JacobZuma. We arrived at his house while he was having lunch & invited us to join him. He then enthralled us with his story telling skills. He will do live recording of his famous struggle songs in April pic.twitter.com/CTdXsiBr1o

Ngcobo said after the city had been named as the City of Literature in November by the UN Educational, Scientific and Cultural Organisation Unesco, it had decided to celebrate this through many forms, including music.

“(Zuma) will be covering the celebration of the works on the issues of culture and history,” Ngcobo said.

He said the department had not gone into details about the recording and how the proceeds would be shared.

“The initial idea was for him to do a live performance, but because of his busy schedule that was not possible," said Ngcobo.

"We have been trying to get hold of him for some time."