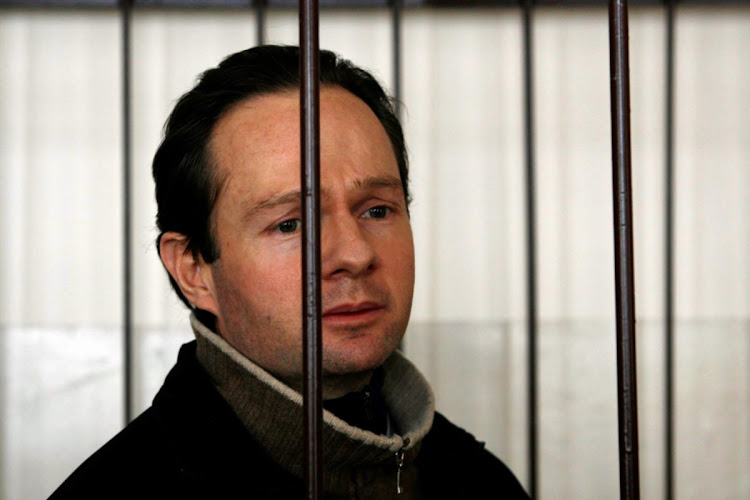 Dirk Prinsloo sits in his cell in a Belarusian court on February 1 2010 shortly before he was sentenced to 13 years behind bars for attempted robbery of a bank.
Image: Gallo Images/Foto24/Julian Rademeyer

Dirk Prinsloo, a South African fugitive living in Belarus in eastern Europe who was arrested on sex charges here in 2002 alongside his then girlfriend Cezanne "Barbie" Visser, has told Rapport newspaper how he is free man now.

Prinsloo is being sought by South African authorities after he was freed from a Belarus prison after being jailed for robbing a bank there in 2010. He fled to Belarus to avoid facing sex charges in SA.

Rapport newspaper phoned him on his cellphone in Belarus last week, where he told the journalist he wanted to put an interview "on ice" for now.

He did however say he was a "free man who can walk around freely".

Disgraced lawyer Dirk Prinsloo‚ who fled South Africa after being implicated in a child sex scandal‚ is due to be released on parole from a Belarus ...
News
5 years ago

Department of international relations and cooperation spokesperson Ndivhuwo Mabaya told the Sunday paper SA authorities did not know where he was. Police said negotiations to have him deported were under way.

Prinsloo, who was released on parole in Belarus, was sentenced to 13 years in prison there in February 2010 for theft, robbery and "thuggery". 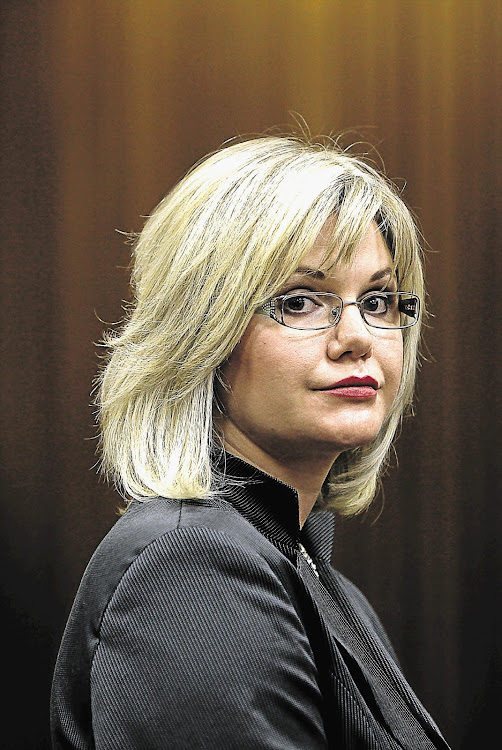 He and his partner, Visser, who was dubbed "Advocate Barbie" during her trial, were arrested in SA in 2002 on charges of fraud, rape, indecent assault and the manufacturing of child pornography.

Initially the charges were dropped, but the case was later reopened.

Prinsloo and Visser went on trial in January 2005 in the North Gauteng High Court in Pretoria.

A warrant of arrest was issued for Prinsloo after he failed to return from a trip to Russia.

In February 2011, Visser was found guilty on 11 charges and sentenced to seven years imprisonment.

She was released on parole in August 2013.