ANC nominates Jacob Zuma as a member of parliament 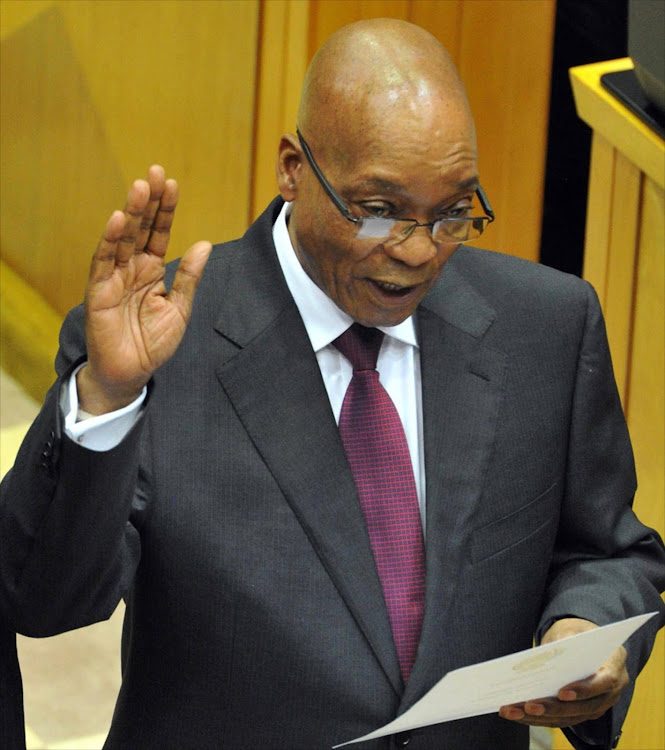 Former president Jacob Zuma has been nominated for parliament in 2019. According to a list of nominees, Zuma’s name appears 74th on the list of 833 ANC party members.
Image: Elmond jiyane. GCIS

Jacob Zuma is set to make a sensational return to politics if ANC members have their way.

The former president has been nominated on the list of those who will be heading to parliament after the elections in 2019.

According to a list of nominees seen by TimesLIVE, Zuma’s name appears 74th on the list of 833 party members nominated by various provinces for a seat in parliament.

Sources have confirmed the authenticity of the list, but say it has not yet been consolidated. Names of nominees are ranked as per the number of votes they received from the party’s branch members.

It is unclear whether Zuma will accept the nomination.

The party postponed its national list conference, which was supposed to take place from December 14 to 16 2018, to January 2019, amid allegations of voting manipulation.

Former president Jacob Zuma has described Nelson Mandela as the most outstanding leader in the world, and a man who made an outstanding contribution ...
News
3 years ago

Former president Jacob Zuma has cast doubt on the genuineness of the ANC’s unity narrative and has questioned whether some party leaders meant what ...
News
3 years ago

It's already plain to see that Twitter is about to get interesting now that Zuma has joined.
News
3 years ago

Jacob Zuma's supporters are raising money to pay his legal fees. Even President Cyril Ramaphosa has been urged to give.
News
3 years ago
Next Article