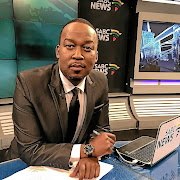 Bongani Bingwa still regards himself as an SABC man despite news of his exit./Supplied

The charismatic newscaster joined the public broadcaster nine months ago amid much fanfare as a big signing to bolster their television news coverage.

He joined the SABC News team to co-host the 6pm to 9pm weekday slot with Francis Herd on SABC News on DStv.

However, Sowetan has learnt that Bingwa left the job two weeks ago following a disagreement with his bosses.

He is replaced by Arabile Gumede. Sources at the SABC claim that Bingwa had asked to have his work hours reduced and in return the broadcaster wanted to reduce his salary. The two parties deadlocked on the issue.

Bingwa was among the highest-paid presenters at the broadcaster.

"The SABC can confirm that Mr Bongani Bingwa is no longer scheduled on SABC News due to the parties reaching an amicable agreement to part ways," Momodu.

"The SABC would like to put on record that there was no dispute over money. Mr Bingwa requested to be released from his contract for personal reasons."

When contacted for comment, Bingwa also denied walking out but said he has been on leave "for a couple of weeks now".

Bingwa, who also hosts the breakfast show on talk radio station 702, suggested he was still available to work with the public broadcaster.

"I remain committed to seeing the SABC succeed. It's been a privilege for me to be a part of the flagship evening show, Full View. My personal commitments at the moment mean that I am unable to continue for now.

"I will remain a part of the fold whenever called upon to assist in the future..."

Bingwa added that he was pleased with the channel's growing viewership following its rebranding.

"Already the viewership numbers are indicative of the trust that we have been able to build with channel 404 [SABC News] in particular. In just a few months since our rebranding, we have grown by a whopping 61%. That is an extraordinary achievement."