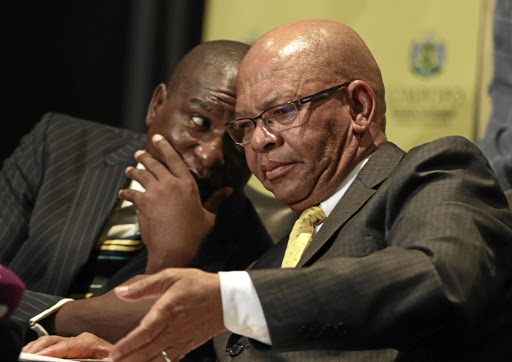 The ANC in Limpopo is hard at work trying to replace the sacked mayors linked with investing public funds into the liquidated VBS Mutual Bank.

At least seven mayors kissed their jobs goodbye last week following a recommendation by the ruling party's national working committee. Five of them have already been replaced with interim ones.

Florence Radzilani, the former executive mayor of the Vhembe district municipality, has been replaced with Mavhungu Luruli. Radzilani saved her skin by tendering a resignation shortly before she could be sacked after a report by advocate Terry Motau revealed that her municipality had invested more than R300m with the bank.

Limpopo ANC finance manager Imtyaaz Mohamed says his dealings with VBS Bank were above board, with the full knowledge of party leaders.
News
3 years ago

She was also the ANC's deputy provincial chairperson. Her resignation was followed by that of provincial treasurer Danny Msiza, who still maintained he had not done anything wrong, but saw a need to step aside for the sake of the integrity of the ruling party.

ANC provincial spokesperson Donald Selamolela confirmed yesterday that Moses Maluleke is the new mayor of the Collins Chabane municipality while Samuel Munyai took over the reins as mayor of the Makhado municipality, both of which fall under the Vhembe district.

Selamolela said the council of the Lepelle-Nkumpi municipality was scheduled to convene later on Monday to elect a new mayor to replace Choris Phokane, who was accused of investing R210m.