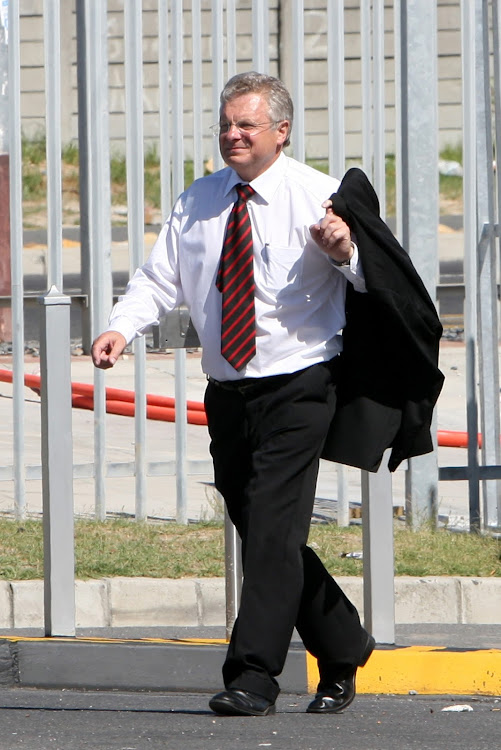 Prominent Cape Town lawyer Anthony Broadway has spent a considerable amount of time in his clients’ shoes over the past five years.

The high court in Cape Town recently acquitted him of racketeering‚ money laundering and fraud charges linked to an alleged abalone-poaching syndicate that allegedly raked in R2bn. He was arrested in 2013.

But it seems Broadway still has to split his time between donning his robes and the dock after he landed in hot water for allegedly being part of another syndicate and helping it with its "financial affairs".

He faces charges of money laundering and defeating the ends of justice after self-confessed syndicate kingpins Michael Norman and David Bannister‚ and another alleged member of the syndicate‚ Rasheed Baderoen‚ entered into a plea and sentencing agreement with the state on Friday.

The alleged mastermind of what is believed to be one of the biggest smuggling syndicates in South Africa was among five people arrested in predawn ...
News
5 years ago

Eric Ntabazalila‚ spokesman for the prosecution in the Western Cape‚ said the three paid a total of R5m "as part of the guilty plea". Ntabazalila said the state also withdrew charges against three others‚ but Broadway and six others will face trial.

According to court documents seen by SowetanLIVE‚ the syndicate recruited various people in the Western Cape and Gauteng to rent premises to process and package abalone on its behalf "prior to and including 2006".

The rented premises included storerooms where fresh abalone was delivered‚ dried‚ sorted into various sizes and packaged‚ the documents reveal. The abalone would then be fetched by the alleged members of the syndicate and "delivered to destinations unknown to the state".

The Democratic Alliance has accused the Department of Agriculture‚ Forestry and Fisheries of fuelling the illegal abalone trade.
News
3 years ago

According to the prosecution‚ the alleged syndicate was started by Norman and Bannister and "Broadway also became part of the management of the enterprise" in 2009.

"Norman is the leading figure in a criminal enterprise involved in the illegal poaching of‚ purchasing‚ processing and selling of abalone‚" the court papers read.

"He supplied large amounts of money that was used by various poaching/diving groups‚ and to rent/purchase properties‚ pay salaries to persons renting premises used for the processing and drying of abalone.

"Michael Norman‚ together with David Bannister and Anthony Broadway‚ during 2009 and 2010‚ established and created two [trusts]‚ namely Immigrants Trust and Fishermans Assistance Trust. Substantial amounts of … money were deposited into the respective trusts’ bank accounts‚ whereupon immovable and movable property was purchased. The state will allege that these deposits were proceeds of crime."

The prosecution argues that Broadway was aware that the alleged members of the syndicate "did not have any legitimate income to justify the amounts of money".