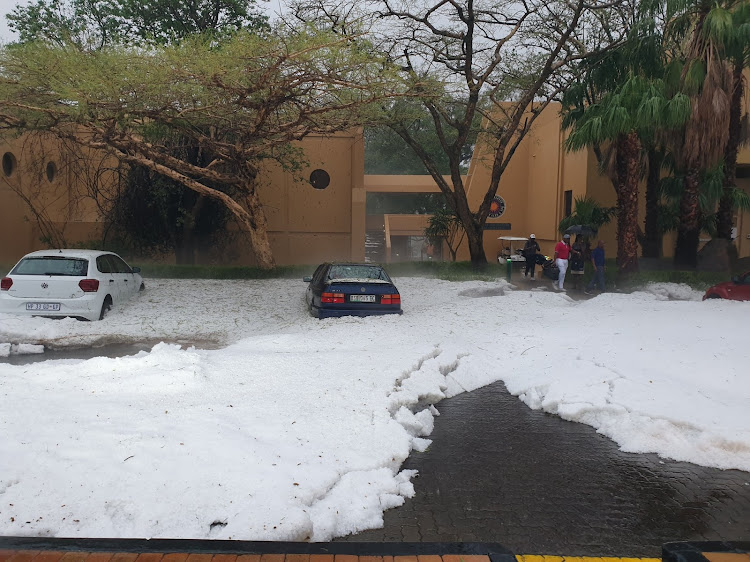 A severe hail storm and flash flood has caused damage to buildings and vehicles at the Sun City resort in the North West, management confirmed on Sunday. Guests had to be evacuated from some facilities after the storm hit.

"The resort can confirm that the situation is serious but under control. Most of the damage was caused by flash flooding at the Sun Central family and entertainment precinct, and in ground floor hotel rooms," the hotel said in a statement.

"By midnight last night, the estimated number of rooms affected include 80 rooms at the Soho Hotel, 40 rooms at the Cabanas, 30 at the Cascades Hotel, 26 at the Vacation Club and 20 at The Palace."

A hail storm hit the North West region of the Pilanesberg and surrounding areas around 4.30pm on Saturday. Day visitors had to be evacuated from the welcome centre precinct, which sustained most of the storm damage, and they were bused back to their vehicles at the main car park.

"The resort’s emergency services are on the ground and are continuing to assess the extent of the damage.

"Contingency plans are in place, and mop up operations are under way in damaged hotel rooms and public areas to ensure that normal operations resume as soon as possible.

"Guests whose accommodation was affected were being provided with alternative options. Some guests opted to leave the resort to return home."

Early on Sunday, new visitors arriving at the resort are being advised to return home.

For now, visitors intending to travel to Sun City are advised to first check with the respective hotels they are booked into, before travelling.

Meanwhile, two people sustained injuries from slipping on wet floors. They were treated at the onsite clinic before being transferred to nearby hospitals.

#Suncity before and after in a matter of minutes pic.twitter.com/F04cepyoxY

Literally an hour difference between these two pictures #Suncity pic.twitter.com/bcMqUUmMB2

My brother is as #Suncity and sent this video now. The the cabanas are flooded??? @ewnupdates pic.twitter.com/hII7kQymyi

One of the Worst Hail Storms in Sun City. Looked like snow.... pic.twitter.com/LDIpiBJIgR