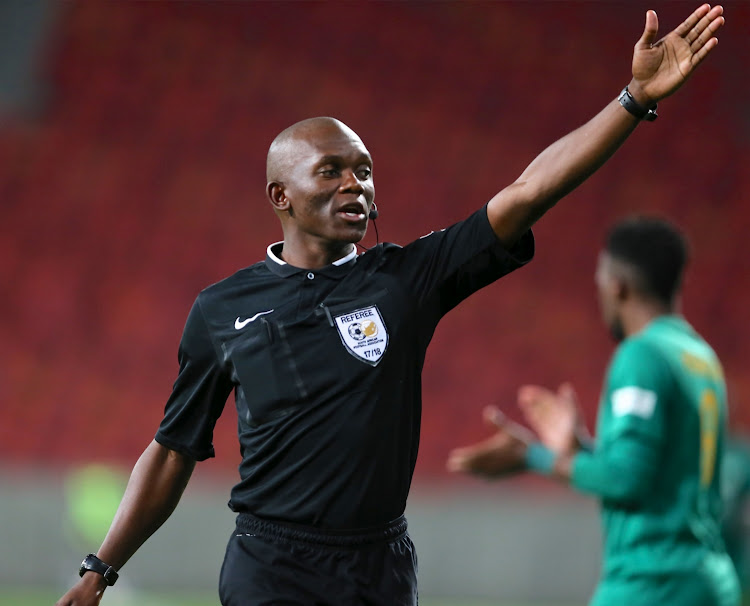 South African football has been left mourning the death of one of its rising refereeing stars‚ Eketsang Setloboko‚ who died in a car accident on Friday night.

The referee was travelling from home town Mount Fletcher in the Eastern Cape‚ the South African Football Association (Safa) disclosed on social media.

Setloboko‚ just 29‚ had served on Fifa's international panel for a year‚ and blew the Absa Premiership Soweto derby between Orlando Pirates and Kaizer Chiefs at FNB Stadium on October 27.

He also refereed this season's MTN8 final between Cape Town City and SUperSport United at Moses Mabhida Stadium in September‚ and was considered a prodigy of much talent in match officiating.

Thando Ndzandzeka and Chris Harrison have both been elevated to the level of Fifa referee and will be included on the international panel from next ...
Sport
5 years ago

Safa Tweeted on Saturday morning: "One of rising National Panel referees‚ Eketsang Setloboko‚ has passed away. He passed on in an accident last [Friday] night. He was [travelling] from Mount Fletcher‚ Eastern Cape & recently handled the Kaizer Chiefs v Orlando Pirates derby at FNB Stadium".

Safa's profile on their website of the referee stated: “Eketsang Setloboko has officiated in various Premier Soccer League (PSL) matches since his debut in 2014 where he was responsible for the game between Bloemfontein Celtic and Bidvest Wits.

“Setloboko was born on 18 August 1989 in the Eastern Cape small town of Mount Fletcher.

“He has served on the national panel for five years and has now been on the Fifa panel for a year.”

One of rising National Panel referees, Eketsang Setloboko, has passed away. He passed on in an accident last night. He was from Mount Fletcher, Eastern Cape & recently handled the Kaizer Chiefs v Orlando Pirates derby at FNB Stadium
MHSRIP pic.twitter.com/DcYRmjOdPS

The club is saddened to learn of the passing of South African referee Eketsang Setloboko. Thoughts and prayers are with the family and all affected by this tragic loss. #RIP ? pic.twitter.com/pCUYffR2ur