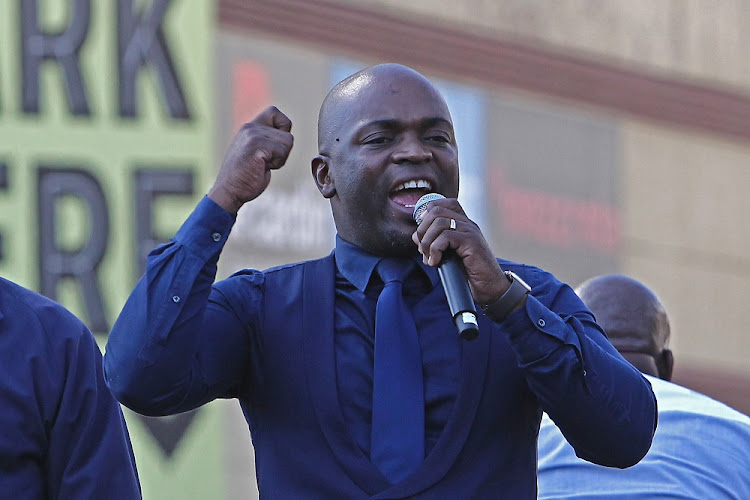 According to the court papers filed by Msimanga, ANC Tshwane regional chairperson Dr Lucas Kgosi Maepa and a Lesego Ellis Makhabela - who is said to have acted as ANC caucus spokesperson in the Tshwane Metropolitan Council - made defamatory statements which injured his dignity.

Msimanga claims that both Maepa referred to him as "the new poster boy for corruption" during a Radio 702 interview on August 20 2018.

"The above mentioned statement, in the context of the live interview was wrongful and defamatory...

"The said statement was further wrongful and defamatory of the plaintiff [Msimanga] in that it was intended and understood by listeners of 702 Radio to mean:  The plaintiff [Msimanga] conducts the business and affairs of the City of Tshwane in a corrupt manner, by in some way misusing his position and resources of the City of Tshwane in an untoward manner," read the papers filed at the North Gauteng High Court on Tuesday.

The court papers also say that Maepa's remarks were also understood by listeners to mean that Msimanga is a "hypocrite as he proclaims, on elections posters, to fight corruption while being corrupt himself" and that the remarks were also prejudiced and spiteful.

He also wants Makhabela, whom he says also called him a "poster boy of corruption" allegedly accusing him, on Facebook, of awarding a R30-million contract "for work not done, which money was then used to fund the plaintiff's [Msimanga] election campaign to be nominated as premier candidate for the Democratic Alliance".Msimanga is suing Makhabela for R1-million in damages.

Future of politics in SA is coalitions - Maimane

DA leader Mmusi Maimane says the future of South Africa is in coalitions.
News
3 years ago