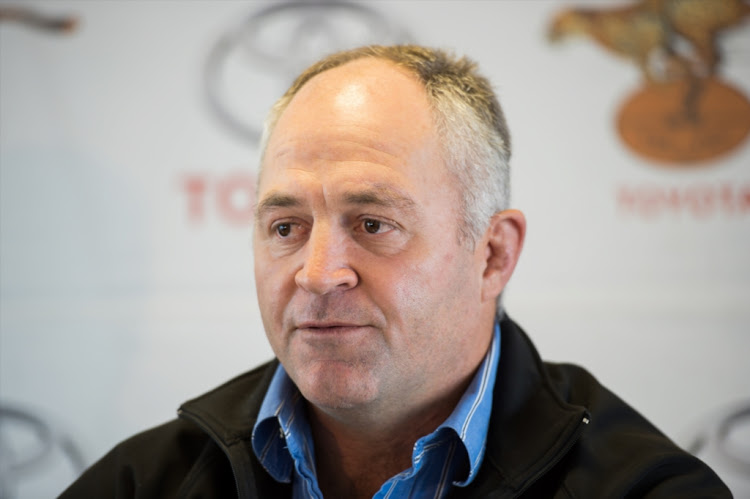 Naka Drotské during a Cheetahs media conference at the Free State stadium on May 8 2015 in Bloemfontein.
Image: Johan Pretorius/Gallo Images

Former Springbok hooker Naka Drotské suffered from "massive bleeding" that left him in a critical but stable condition in hospital.

Barbara Steenkamp, spokesperson for Mediclinic Bloemfontein, said Drotské was admitted to the hospital late on Tuesday after his condition took a turn for the worse.

He was admitted to intensive care in a critical condition.

"He presented with massive internal bleeding which led to hemorrhagic shock that required a blood transfusion," she said in a statement.

Drotské still in ICU but 'doing much better', says brother

Drotské's wife Marzanne said a few days ago that the former coach of Super Rugby side the Cheetahs was feeling "100%, apart from low blood pressure". At the time, he was recovering from being shot during a robbery at his brother’s home near Pretoria.

Steenkamp said Drotskè was expected to be placed on ventilation and remain sedated for a few days.

She said the internal bleeding had stopped.