ANC picked 'best among us' for 2019, says Gauteng No 2 Panyaza Lesufi 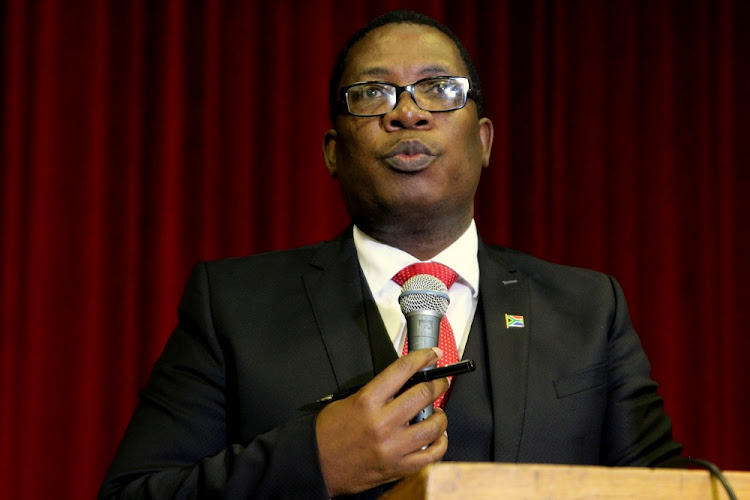 African National Congress Gauteng chairperson and premier David Makhura says no one with a cloud over their head will be allowed on the ANC's candidates' lists for parliament and the provincial legislature until they go to the party’s integrity committee to clear their names.

On Wednesday evening, more than 700 delegates unanimously agreed to draft lists of ANC members to serve in the Gauteng legislature and National Assembly.

Makhura said the unanimous vote by hand showed the "political maturity" of ANC delegates whose focus was retaining the ANC majority in the 2019 elections.

"Any person who faces a question mark will face the integrity committee," he said.

Makhura’s deputy, Panyaza Lesufi, said the list conference "picked the best among us".

Mahlangu and Hlongwa were this week removed from the ANC provincial leadership following an instruction by the mother body.

However, Lesufi said Hlongwa would still be a member of the provincial legislature until the 2019 elections and would still be earning a salary from the state.

Mahlangu was fingered in the Life Esidemeni crisis where more than 100 psychiatric patients died as a result of a decision she took to move them from a private facility to ill-equipped facilities. Hlongwa has been implicated in corruption by a report of the Special Investigating Unit during his tenure as health MEC.

Provincial secretary Jacob Khawe said the list process saw only 14 objections across the province. "The process and candidate selection was conducted with the utmost discipline and integrity. The conclusion of this process, which started four months ago, is an important phase of our election campaign," he said.

The ANC in Gauteng has put Makhura on top of their list for the provincial legislature, followed by Lesufi then Nomantu Nkomo-Ralehoko, with MEC Faith Mazibuko at No 5.

Lesufi said the provincial list committee would comb through the lists to ensure there was gender parity. They would also consider a mix of experience and youth.

He said they would also consider whether ANC members nominated were guilty of fostering disunity in the organisation.

The ANC in Gauteng is expected to sign off on the final list on Friday and will then submit its names to the party headquarters, Luthuli House.