A Re Yeng not going anywhere near Mamelodi 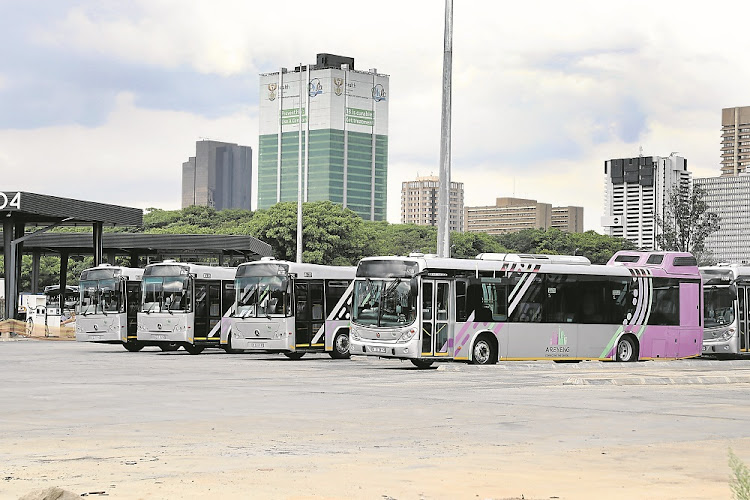 A Re Yeng bus service in Mamelodi, east of Pretoria, has been suspended after local taxi associations made threats to the buses after demanding they raise the fare to equal those of the taxis.
Image: THULANI MBELE

Thousands of commuters in Mamelodi, east of Pretoria have been left in limbo after the Tshwane municipality withdrew its A Re Yeng rapid transit buses, allegedly after receiving threats from the local taxi associations.

The Tshwane Rapid Transit (TRT) buses which connected Mamelodi to the city and its commercial sites in Centurion, Faerie Glen and Menlyn among other areas, were grounded about three weeks ago.

The service was halted after taxi operators demanded that TRT raise fares to be on par with taxi fares which were increased on December 1.

The taxi association also demanded to be updated on the financial performance of the rapid transit system and to be included as part of the system’s administrative team, as per the promises government had made to them.

By 2037, motorists travelling between Johannesburg and Pretoria should prepare themselves for a six-hour trip. That is reportedly how long this trip ...
Opinion
3 years ago

The buses are now gathering dust at their depot in Belle Ombre, Pretoria central, while inconvenienced commuters have to make alternative transport plans on a daily basis.

Domestic worker and bus user Annah Mtshweni of Lusaka, Mamelodi, commutes to Centurion daily. She said the buses were hurriedly suspended on November 28 without prior warning.

“They did not even give us prior warning; all we got were SMSes late in the afternoon telling us there won’t be buses the next day,” Mtshweni said.

To make matters worse for Mtshweni, she had just loaded her TRT card with R350 which would have lasted her for more than a month.

“I now spend R66 every single day to got to work, all my Christmas savings have gone towards making sure I get to work. That’s not fair.”

Tshwane spokesperson Selby Bokaba confirmed that suspension of the bus operations was due to threats by taxi associations in Mamelodi.

He also confirmed that the associations wanted TRT to increase bus fares simultaneously with them on December 1 “and failing which they threatened TRT operations”.

The multibillion-rand Bus Rapid Transit (BRT) systems which are being rolled out across South African cities need vastly increased densities to be ...
News
4 years ago

“We have been dealing with threats before and as a business we take those seriously. We informed passengers when we knew it was clear the buses, passengers and employees were in imminent danger,” Bokaba said.

He added: “As the city, we are obviously concerned about the inconvenience to our bus commuters and we wish to profusely apologise to them. However, we can’t put their lives and those of our drivers at risk. We also have to ensure that we safeguard our assets – the buses.”

Bonny Ndjishe, coordinator of the Mamelodi Transport Solution (Matrans), made up of the two taxi associations in the area, disputed the city’s version. He said they had merely raised concerns during meetings on the “anti-competitive behaviour” from the TRT bus service.

He said the buses that had been operating for just over a year were charging fees which were charged about four years ago in Mamelodi, where commuters paid around R9 from the township to town. Taxis fares to the city are now R18 since December 1.

“They (TRT buses) use a system where people have to tap (their bus cards) when they get into the bus, but because they’re overcrowded most people just ride for free and they don’t tap their cards meaning we’re competing with buses that allow people to ride for free,” Ndjishe said.

He said it was the local taxi industry that protected the buses and ensured that they operated in the township from last year September.

“We didn’t demand that they should raise fares, we said they should consider making adjustments because we didn’t want a situation where the taxi industry turned against the buses,” Ndjishe said.

Sowetan has however seen a letter, dated November 22, addressed to “TRT CEO” by Matrans.

Though the letter is titled “Clarities Requested”, it however lists demands and threats, including compensation for income generated by the TRT in the last 12 months.

“Please be advised that there will be no operations of buses if there’s no response by Wednesday, 28th November 2018,” the letter stated.

Bokaba said the city would resume TRT bus operations only when it was safe to do so.

“TRT would not risk its buses, employees and passenger lives,” Bokaba said.

More than 20 buses were set alight in Mamelodi in June 2016 during widespread protests over the ANC’s decision to put Thoko Didiza as its Tshwane mayoral candidate.