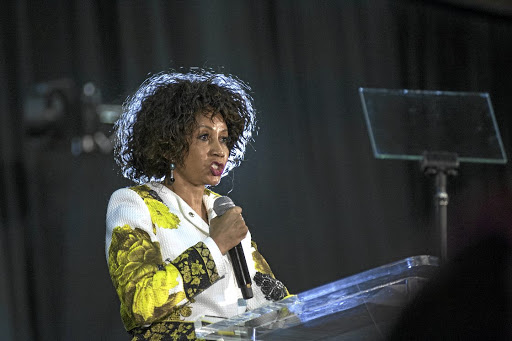 SA and Rwanda have had a major diplomatic fallout yesterday which saw a tit-for-tat recall of the two countries' two diplomats over insults hurled at international relations and cooperation (Dirco) minister Lindiwe Sisulu by a pro-Rwandan government website.

According to a report, the website, which has since taken the offending story off, called Sisulu a "prostitute" in the headline.

This was in reaction to the minister's comments following a meeting with a former Rwandan army general Faustin Kayumba Nyamwasa.

Nyamwasa is exiled in SA after falling out with Rwanda's President Paul Kagame.

After the meeting Sisulu is reported by the Mail & Guardian as having said that she was pleasantly surprised to find him willing to negotiate with the Rwandan authorities.

The website, Rushyashya, reportedly published a story implying the minister was "Nyamwasa's prostitute".

The SABC yesterday reported that both countries had recalled their ambassadors as a result of the fallout.

In a tweet that did not mention Sisulu by name, Rwanda's deputy foreign affairs minister Olivier Nduhungirehe said Sisulu should stay out of the country's internal politics.

"If any SA official wishes to negotiate with a convicted criminal hiding in #SA & leading a subversive movement operating in our region, he/she is free to do so, on his/her own & for him/herself. But he/she should never think about involving #Rwanda into this "negotiation," the deputy minister wrote on his Twitter account.

Earlier this year during a visit to Rwanda, President Cyril Ramaphosa and Kagame had instructed Sisulu and her counterpart to normalise relations between the two countries.

Dirco spokesperson Ndivhuwo Mabaya told the SABC that they were in talks with Kigali in order to halt the insults.

"One of the tweets that we did not like was posted by the deputy foreign minister and the articles that come from those posts are concerning, the language is undiplomatic. We have been talking to Kigali," Mabaya said.

Minister of International Relations and Cooperation Lindiwe Sisulu has described the tweet by US President Donald Trump on land expropriation without ...
News
3 years ago

"We are seeing a movement in the direction that we want, which is to stop the insults and the social media postings. We have noted as well that the deputy foreign minister has not posted anything else. We have also noted the comment of the foreign minister, to say he looks forward to the meeting, so there is some progress that is taking place. This does not affect the good relations that have developed between our president and their president."

This comes as the two countries were beginning to normalise relations after falling out over SA granting Nyamwasa refugee status in 2010.

In 2014, SA booted out three Rwandan diplomats after a failed assassination attempt on Nyamwasa and the murder of a former Rwanda Intelligence chief in Sandton.

Sowetan's attempts to get hold of Mabaya and Sisulu were unsuccessful, while the presidency's spokesperson Khusela Diko referred us to Dirco.