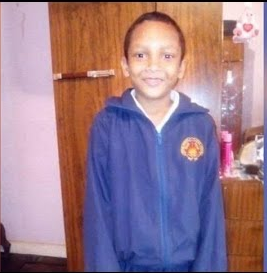 A shocking allegation of revenge was made in the Durban Magistrate's Court on Wednesday‚ as the prosecutor in the Miguel Louw murder case accused the boy's alleged killer of committing the crime having been spurned by the child's mother.

"Your advances were unwanted and you become upset ... This is why you kidnapped the child: to teach her [Raylene‚ the mother] a lesson‚" said state prosecutor Kuveshnie Pillay.

Earlier in the day‚ Mohammed Ebrahim‚ 43‚ told the court that he had been in a relationship with nine-year-old Miguel's mother‚ Raylene Louw. The statement elicited astonished gasps from the packed public gallery.

Ebrahim‚ who is facing a kidnapping charge in a separate but related case‚ has been remanded in police custody on the murder charge. His bail application will continue next week.

He shook his head in displeasure as he was sent back to jail on Wednesday afternoon.

Ebrahim had told the court that his track record should be used to grant him bail.

"I have been coming to court time and time again and have not run away‚" he said.

Pillay‚ however‚ rebutted Ebrahim's submission‚ saying he had nothing to lose now that he was facing a murder charge — which made him more likely to flee.

Earlier in the day‚ Pillay and Ebrahim butted heads due to Ebrahim's "evasive answers" during cross-examination.

The man accused of Miguel Louw murder thought the abduction was a joke.
News
3 years ago

Pillay had put it to him that he kidnapped Miguel because he had been rejected by Raylene.

Ebrahim had worked with Raylene at a butchery‚ and earlier told the court that he had stayed at the Louw home the night before Miguel's disappearance. He also claimed that he had taken Miguel to get food from a KFC outlet before boarding a taxi and heading home.

"I met him at the robot and told him that there was no food at home so I took him to KFC because he was hungry‚" he said.

He told the court that he and Miguel parted ways after going to the KFC.

"We crossed the street together and I got into a taxi and he crossed back to go home."

When asked why he would let Miguel cross such a busy street by himself‚ Ebrahim could not provide an answer.

Ebrahim‚ at times incoherent‚ told the court that he had tried to go to Sydenham to help look for Miguel but his boss had told him not to go because "he would be beaten up".

Ebrahim had been initially charged with kidnapping and theft. A charge of murder was later added after Louw’s decomposed remains were found in September in Phoenix‚ less than 100m from Ebrahim’s family home.

He will remain in custody until December 19 when the bail application is expected to continue.