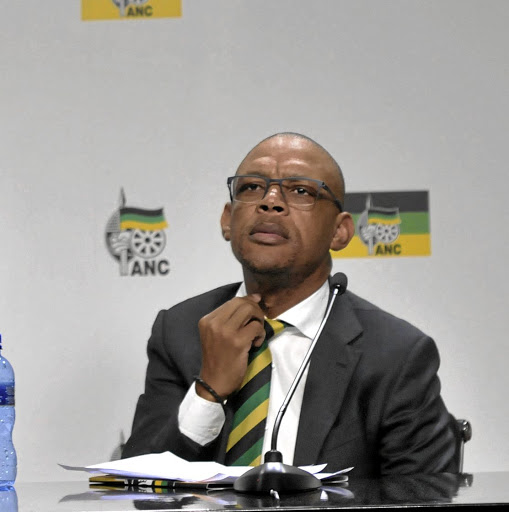 ANC Luthuli House has been rocked by a sex scandal after a 26-year-old personal assistant to ANC spokesperson Pule Mabe alleged that he sexually harassed her.

In a letter of grievances addressed to ANC deputy secretary-general Jessie Duarte, she lists two instances - at St George's hotel, outside Pretoria, and in Limpopo when doing ANC work.

She claimed that Mabe worked from her room on the first night at St George's with an ANC Gauteng leader.

ANC head of presidency Zizi Kodwa said in a statement yesterday that the party had noted media reports on the internal grievance matter involving Mabe.

"The ANC confirms that a complaint was lodged at its headquarters last week.

"We have since established a grievance panel, as per our personnel manual, to ensure a fair process. The panel will hear the case later this week.

"Until the finalisation of these internal processes, the ANC will not comment on the substance of these allegations," said Kodwa.

"When the Gauteng leader left, Pule then invited me to sit next to him on the bed he was lying on. I had an exam pad with me that the leader was writing on and Pule was transferring what was on the pad to his iPad as we were speaking. Now when this other one left, he decides to invite me to the bed he was lying on," she states.

She further claimed that on the second night, Mabe decided to work on his assignment in her room again, saying he feared he would fall asleep if he was alone.

She fell asleep in the clothes she wore during the day and was later surprised to wake up finding Mabe in bed with her with his legs on top of her body.

"I snapped and asked why he was in my blankets, his response was that he was taking a break from completing his assignment, which didn't make sense at all. My heart beat so fast because a lot of things occupied my mind.

"I then remembered the previous night, when I was asked to sit closer to him in an inappropriate manner which an employer and an employee shouldn't find themselves in," she wrote.

She further claimed that while they were in Limpopo for the party's communication workshop, Mabe walked into her room at night after she had bathed and was in bed.

At that time, she was on the phone with her boyfriend, Thulani, an ANC member.

"I got on the phone with comrade Thulani, and Pule walked into my room while I was lying there, the phone was on loudspeaker. He lay on the bed; I'm in my pyjamas and uncomfortable, he moved closer to me and put his arm onto my shoulder.

"I knew then that I had to gather some courage to tell him to move, which I did. He left the room, and I got into my blankets, with the lights on and tried to sleep.

"Until I heard movements in the room. I opened my eyes to realise that it was him. I saw him plug his power bank to the charger and he stood there for a while as if he was trying to think of his next move."

She claimed that she never slept that night until sunrise.

"I rushed to bath and exited the hotel, such that I didn't even wake him up. I was so scared I just wanted to see myself out."

She claimed that in the months that followed she was always shouted at by Mabe. She said he also threatened that she would lose her job on several occasions during the screaming calls from him.

The woman said the threats came true when she received a call from human resources on November 16.

"I was called in to be shown my new package on an unauthorised paper. My salary has been excessively cut without following due processes, and to a larger extent." 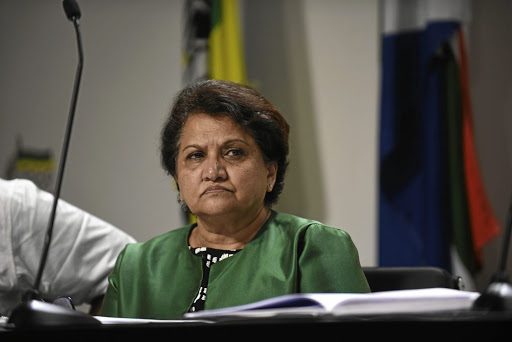 ANC deputy secretary-general Jessie Duarte has a letter of grievances.

She said her salary had been cut by R15,000. "In the end I was blackmailed; that at least I will be getting something, there are some people who are out there and aren't getting anything," she said.

"He was given the room numbers and keys; room 71, 260 and 261; to which he allocated the driver room 7 [1], that was too far apart than the ones he allocated him and I. My heart began pumping so hard. For a moment I felt like digging myself a hole."

"How could someone I regarded as a brother, a leader and a comrade do this? Wanting to get into bed with me? Isn't this man supposed to be my boss?"

"When I asked why doesn't he do his assignment in his room, he insisted that he would sleep if he was alone in the room, so being in my room would help him."

"I argued that I do not like sharing a bed, worse with a man, and in my house I still don't share a bed."

"He mentions how I am inconveniencing comrade Thulani [her boyfriend], but he doesn't refer to him as such, he says 'ngwana oo wa batho'."

Yesterday Pule Mabe said he had seen the news in the media about the alleged harassment and was in contact with the officials in the ANC to understand the merit of the case.

"I will have appreciated to have been made aware where there were instances of violation.

"I am yet to understand the full merit of the case and I will be able to respond accordingly as soon as I have all the details," he said.

Mabe said it was important that if there were issues that colleagues were uncomfortable with, they seek counsel from elders in the ANC, something he would consider doing.

"I was raised by a single mother and believe firmly in the rights of women. I always strive to preserve and defend the peace of others and have therefore agreed to submit myself to the process that my organisation, the ANC, has established in order to attend to the matter at hand.

"I will not want to be pre-emptive and will be subjecting myself to the discipline of our movement. It is important that as comrades we find ways of coexisting harmoniously and without any strain."