With 1‚000 infections a day‚ the fight against HIV/Aids is far from over: TAC 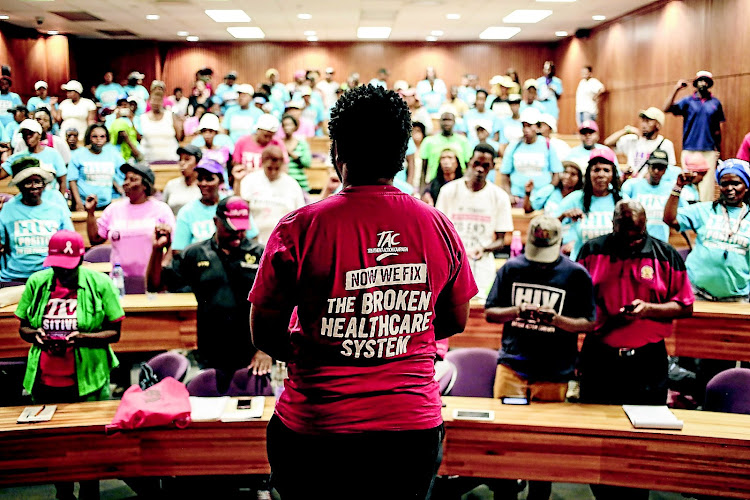 The Treatment Action Campaign (TAC)‚ which played a key role in getting the government to provide anti-retroviral drugs to prevent mother-to-child transmission of HIV‚ says there is still a long way to go in the fight against the virus.

Epidemiologist Quarraisha Abdool Karim said the country had achieved much in terms of reducing transmission to babies and getting people to take their treatment‚ but there were still a number of challenges.

"We have about 4.5-million people on treatment but we have to keep reminding ourselves that South Africa is home to one in five new infections that are taking place each day globally‚" she said.

While the 2002 Consitutional Court ruling in which the government was ordered to provide anti-retroviral treatment to prevent the transmission of HIV from mother to child may have been a victory‚ Karim said accessibility‚ especially for those in rural areas‚ was an issue which required many stakeholders to work together.

"One of the biggest challenges we have today is to reach those who are unable to access services‚ who are scared to have an HIV test and take the treatment that could mean the difference between life and death.

"We have about 1‚000 infections taking place each day in SA. We cannot say we have turned the tide‚ and that’s what we need to keep reminding ourselves. Our battle against HIV is far from over‚" said Karim.

I'm a survivor but the struggle goes on, says award-winning Aids activist

After she tested HIV-positive at 22, Vuyiseka Dubula-Majola imagined her own grave and the shame her family would live with after her death.
News
3 years ago

Scores of people marched to the highest court in the land‚ the Constitutional Court in Johannesburg‚ on Monday to deliver a memorandum of demands.

"Today is international Human Rights Day‚ but our human rights continue to be violated daily and there is no one that seems able to own up to that problem‚" said Vovo Konyela‚ TAC national deputy secretary.

She said the picket was to remind the government of its constitutional obligation to provide quality service for all‚ including reproductive health care.

"At the inception of the organisation‚ we were advocating for access to treatment. Today it’s no longer just about access‚ but it’s about maintaining what we have and even improving on that‚" she said.

Konyela indicated that the organisation was against political parties‚ but was advocating based on issues. She made reference to the 2019 national general elections.

"We want political leaders who are not up for positions but who have an interest in delivering services as guaranteed in the constitution‚" said Konyela.

Khayelitsha District Hospital is in the midst of a crisis‚ picketing Treatment Action Campaign members said on Wednesday.
News
3 years ago

She revealed that experience and data which they had collected across different hospitals and health facilities showed that people did not have access to quality services.

"At national level we are experiencing denial in terms of acknowledgement that these problems exist but a political strategy is what we are not getting.

"So we are here today to add on the list of the rights that are engraved on the doors‚ that our experiences are not different from what the government must be providing‚" said Konyela.

The march was also to celebrate 20 years since the formation of the TAC‚ and to demand the right to health‚ education and safe sanitation.

Speaking about the organisation's battlefield for 2019‚ Konyela said‚ "We will use the upcoming years to prioritise the health system because it needs to be strengthened‚ it needs to be improved. It needs to be given priority."