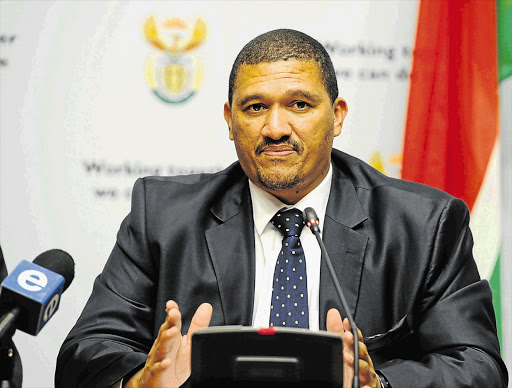 Marius Fransman says he is baffled by the National Prosecuting Authority's decision to charge him for alleged sexual harassment.

The NPA informed the former Western Cape ANC leader on Friday that he would be charged in connection with allegations made by Louisa Wynand in January 2016.

In a statement issued on Saturday by his assistant‚ Vanessa le Roux‚ Fransman said: "It came to my knowledge that the NPA intends to proceed with this matter.

"The full details of the charge are unclear‚ considering the decision of the authorities in the North West Province two years ago not to prosecute.

"I will be engaging my lawyers to better understand the decision of the director of public prosecutions in Kimberley."

Earlier‚ Phaladi Shuping‚ the prosecution spokesman in the Northern Cape‚ told TimesLIVE: "A court date has not yet been set because the prosecution is still working on the process of centralisation‚ for all the charges to be prosecuted in Kimberley."

Wynand‚ then 21‚ reported Fransman at Sun City police station‚ accusing him of sexual assault in Kimberley during a stopover on the way to Rustenburg for ANC birthday celebrations.

Speaking to the Sunday Times in 2016‚ Wynand said she had initially been asked by Fransman to work at a hotel in which he had an interest.

On January 4‚ she was told she would be travelling with the former deputy minister of international relations and two of his friends to Rustenburg.