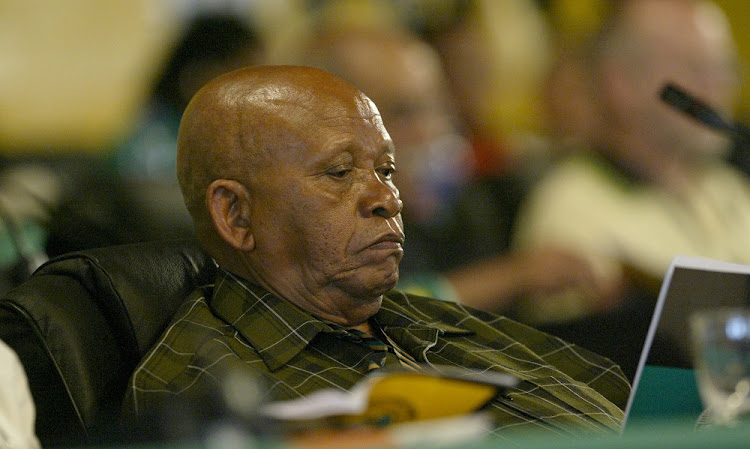 The time for leaders like Mendi Msimang who had abiding honesty and an essential integrity is not over‚ it has barely begun‚ President Cyril Ramaphosa said on Saturday.

Ramaphosa was delivering the eulogy at the former ANC treasurer-general's funeral service in Pretoria.

He described Msimang's life as one of sacrifice‚ selflessness and service.

Ramaphosa said an ethical leadership of Msimang's calibre was desperately needed at this time where “material temptations of political office have never been greater than they are today”.

“As we confront new and daunting challenges‚ as we attend to the erosion of the revolutionary morality that long defined our struggle‚ we must draw strength and inspiration and guidance from the deeds of those leaders‚” Ramaphosa said.

Ramaphosa said the late ANC stalwart's only need was to break the shackles of the oppressed and to feed‚ house and comfort those who had nothing. He called on fellow ANC leaders to emulate the values of Msimang.

“As our people have realised‚ and as our movement has acknowledged‚ there are those among us who seek positions of authority not to serve the public good‚ but to advance private interests.

“There are those who are prepared to undermine the institutions of our young democracy‚ to subvert the rule of law and to steal from the people to enrich themselves‚" Ramaphosa said.

Ramaphosa said although members of Msimang's generation may have exited the political stage‚ the principles they fought for‚ the values they lived by and the means by which they sought their objectives still found resonance at this moment in history.

"Today‚ as we mourn the passing of one of the great leaders of that generation‚ it would be a mistake to relegate them to history.

"It is at precisely this moment that we need leaders‚ cadres‚ public servants and business people of the calibre of Mendi Msimang."

Ramaphosa said during his tenure‚ Msimang "was scrupulous in his determination that not one cent go missing‚ that no resources meant for the transformational programmes of the organisation be misappropriated or wasted".

"It is this quality that we seek in our leaders today" he added.

Cogta Minister Zweli Mkhize‚ who took over the position of treasurer-general from Msimang‚ described his as a warm loving a generous father.

He thanked him for "laying a system that will benefit the ANC for many treasure-generals to follow".

"He created a stable and reliable teams of professionals to run ANC‚ he left office with a surplus of R47-million and assets worth a billion‚" Mkhize said.

Minister in the presidency Nkosazana Dlamini-Zuma told mourners about Msimang's love for education.

"I owe my qualification as a doctor to him because if it wasn't for him‚ I would have gone for military training and forgotten about my dreams of becoming a medical doctor‚" she said.

Msimang was laid to rest on what would have been his 90th birthday.