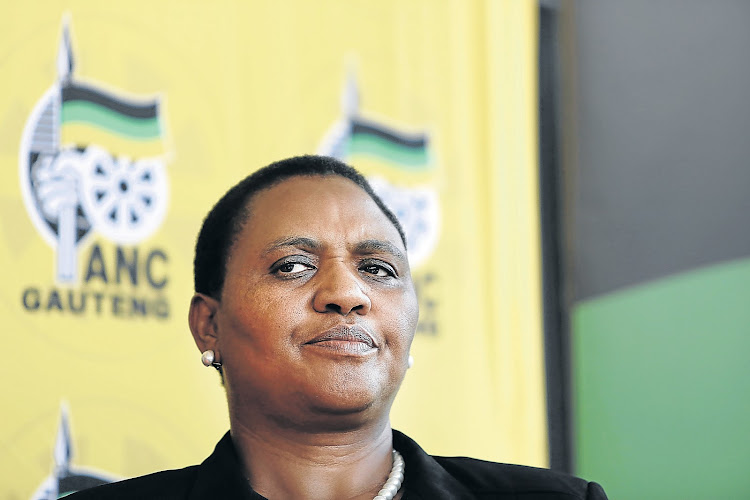 Thoko Didiza has experience in issues around land as she served as land affairs minister under former president Thabo Mbeki.
Image: Alon Skuy

The ANC has deployed former land affairs minister Thoko Didiza to lead the ad hoc committee that will craft legislation to amend section 25 of the constitution.

This was announced by ANC chief whip Jackson Mthembu at a media conference in parliament, where he appraised journalists of the performance of his parliamentary caucus for 2018.

Didiza, who is also one of the current house chairpersons of the national assembly, served as land affairs minister under former president Thabo Mbeki between 1999 and 2006.

The National Assembly has adopted the constitutional review committee's report recommending a constitutional amendment to expropriate land without ...
News
3 years ago

Mthembu added that the party had deployed other senior MPs - such as Vincent Smith, former Gauteng legislature speaker Lindiwe Maseko, chairperson of the agriculture committee Rosina Semenya, and whip of the land reform committee Phumzile Mguni - to serve among the six voting ANC MPs on the ad hoc committee.

The ad hoc committee has been set the deadline of the end of March next year to finalise amendments to section 25 of the constitution. This would be before the term of the current parliament expires ahead of the 2019 general elections.

However, Mthembu has now admitted that the deadline is "ambitious" given the drawn-out legislative process that must be followed.

It's official. Section 25 of the constitution will soon be amended to allow for expropriation of land without compensation.
News
3 years ago

The lengthy process includes publishing the drafted legislation in the Government Gazette for public comment, calling for written submissions, conducting public hearings in both the national assembly and across all provinces before the constitutional amendment can be adopted by the house.

Mthembu said there was a possibility that the work of the ad hoc committee might have to be carried over into the sixth parliament following next year's elections.

"You can resuscitate the work that would have been done and take it from where the fifth parliament left off, that's what the sixth parliament can do.

"We've set the deadline of March 31 next year. I've said that is very ambitious and it might not be possible with everything that needs to be done. The committee can then bring a progress report so that all of us as parliament know where we are  in relation to this matter. Even if we were to conclude it on March 31 it still has to go to the NCOP, which must still engage almost in the same process," said Mthembu.

The ANC chief whip gave his caucus a mark of 8 out of 10, saying the members  had done very well in holding ministers, government officials and leaders of SOEs accountable.

Mthembu, among others, cited the Eskom inquiry report, the investigation into the naturalisation of the Guptas and the adoption of a mechanism to impeach the president in terms of section 89 of the constitution as being among the successes of his caucus.

He said they had also managed to pass 23 crucial pieces of legislation, including changes to the  Public Audit Act, which give more binding powers to the auditor-general and the national minimum wage bill, both of which have been signed into law by President Cyril Ramaphosa.