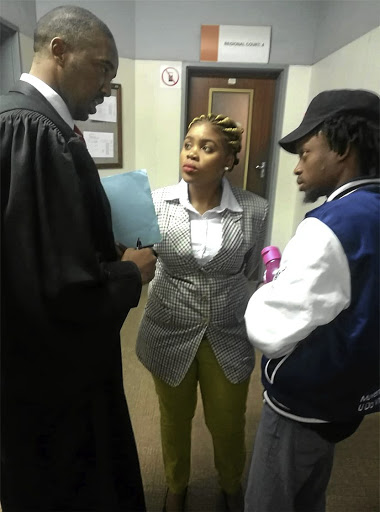 The trial of the Eastern Cape student accused of theft after millions from the National Student Financial Aid Scheme (NSFAS) had been deposited into her account, will finally kick off next month .

Walter Sisulu University student Sibongile Mani appeared before Vabaza at the East London magistrate's court in connection with R14m that was "erroneously" deposited into her student account in June 2017.

The 29-year-old Mani, was supposed to receive her monthly R1,400 meal allowance instead of the R14m.

Her lawyer Asanda Pakade and state prosecutor advocate Luthando Makoyi told Vabaza that they both concluded studying and exchanging documents and were ready for the trial.

Vabaza told both parties to have a pre-trial conference a week before the trial date to discuss and iron out any potentially conflicts that may arise and cause further delays.

Warning Mani, Vabaza said: "You are out on warning and you are warned to come back at 8.30am on January 18 for the start of the trial. This is also to allow the state and the defence to sit down for a
pre-trial conference."

Court papers detailed that R14140000 was transferred at 1.09pm on June 1, last year and at 2.55pm Mani began her spending spree. Within hours she is alleged to have spent R20000 on "prohibited" items such as cigarettes and alcohol.

According to the charge sheet, between June 1 when the money landed in her account and August 14, when the error was discovered, Mani had spent R81846920 at 48 merchants in the Eastern Cape, Johannesburg and Centurion.

The trial against Walter Sisulu University student Sibongile Mani‚ charged with theft of R14m‚ has been postponed to December 6.
News
3 years ago

The court document alleges that Mani spent R174631 within a "few days" at Checkers Hyper in Centurion. An amount of R178923 was spent at Discount World on Fleet Street in East London.

"During each of her purchases over the period, she was provided with a receipt that showed her current balance. On June 1, 2017 when she made her first purchases at 2.55pm she became aware of the erroneous credit. On June 1 2017 alone she spent approximately R20000."