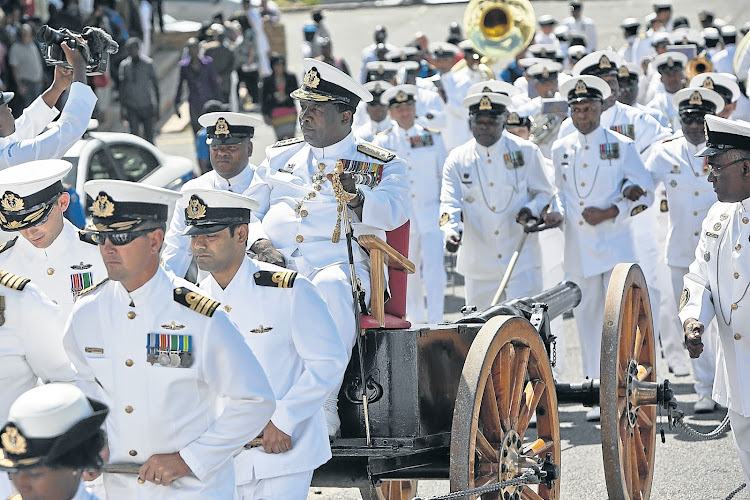 A car repair shop has been operating illegally inside the Wingfiled Navy Base
Image: Halden Krog

A civilian mechanic has been operating out of a disused shed inside the navy’s Wingfield base in Cape Town‚ the navy confirmed on Thursday.

The mechanic was caught in the act by the chief of the navy‚ Vice-Admiral Mosiwa Hlongwane‚ who paid a surprise visit to Wingfield after the military arm received a whistle-blower report.

"It came to light that a civilian mechanical repair workshop is operating from one of the unused sheds on the base‚" the navy said in a statement.

"The chief of the navy sees this matter in an extremely serious light and will leave no stone unturned to determine who authorised this arrangement and whether any naval officer may have benefited unduly. The company in question will be ordered to vacate the premises‚" the statement said.

Wingfield base was established in 1961 to provide technical training necessary to maintain vessels and equipment.

News of the Wingfield impostor comes just weeks after the department of defence confirmed a probe into the navy’s main maintenance and repairs tender‚ which is under scrutiny.

A final report into the tender was due to be delivered to the ministry last week.