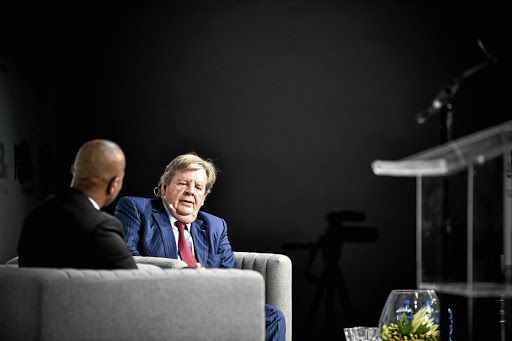 The chairperson of the Swiss-based luxury-goods Richemont, who goes by the Twitter handle @cutmaker posted that it was not his intention, when he was a guest of Given Mkhari on POWER98.7 Chairman's Conversation with Rupert on Tuesday evening, to insult anyone.

"Apology, no insult intended. I merely replied to a question about how my parents generation lived and saved.

"Millenials GLOBALLY have different life-styles. (And mentioned that Steve Biko, whom I knew, would not have done it.) I used to go to Studio 54 - could not afford JW [Johnnie Walker] Blue [Label]," he said.

"Taboo and the Sands are two very expensive clubs where copious amounts of expensive French champagne and JW Blue get consumed.

Rupert's posts came after he was lambasted on Twitter for saying the current generation of black people, unlike Nelson Mandela, love The Sands and would not spend 20 years in prison.

He also opined that successful black people buy BMW's and go to Taboo.

He said Afrikaners who had survived the concentration camps during the Anglo Boer War were success-driven and had not spent their money on frivolous things.

Micah posted: "Mr Rupert sorry you have taken flak from some. I am a 19 year old black & I really appreciated you being on Power but would have liked to hear more business insight & wisdom Please keep talking & don't go silent again because some of us are listening, taking note & not hating."

Sipho wrote: "Really no need to apologise. Unfortunately some people are constantly looking for reasons to be offended."

But Mzansi's celebrities Bridget Masinga, Portia Gumede and Ursula Chikane, among others, had their anger sparked by Rupert's comments.