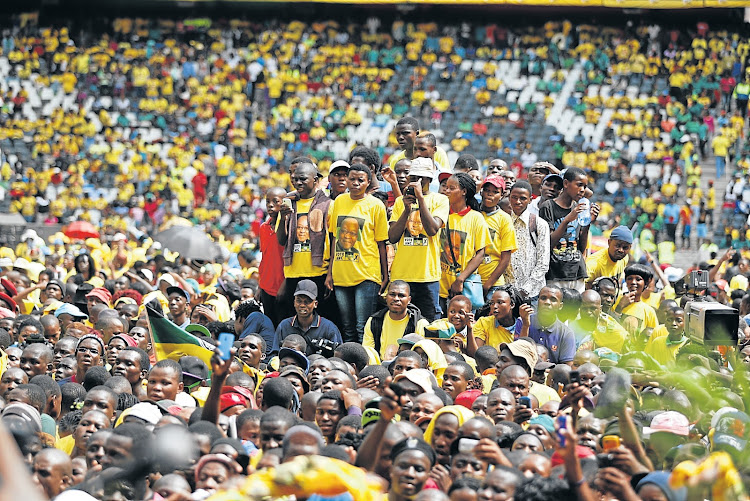 The ANC in KZN claimed a court victory over their rivals in a disputed by-election.
Image: VATHISWA RUSELO

The ANC has claimed a court victory in a disputed by-election in northern KwaZulu-Natal after the Electoral Court ordered a re-run of the vote.

The by-election in the Mtubatuba municipality took place in May. It was won by the IFP.

But now the court has ordered a re-run of the vote after it was approached by the Electoral Commission of SA over complaints about the voters' roll in the municipality’s Ward 4.

The court’s decision comes after the ANC lost a bid to postpone the vote when it claimed it had discovered malpractice and “a fraudulent act to tamper with the voters’ roll and registering voters in a ward where [they] do not legally reside".

The ANC had asked the commission to postpone the by-election. The party said at the time that it had noted a list of over 200 people from a nearby ward taking part, and that there were addresses that could not be verified. It had also picked up many people who were once registered in Hlabisa appearing on the Ward 4 list.

The ANC’s legal team applied for an interdict in the High Court in Durban to stop the by-election. It was unsuccessful after a judge ruled that the party should have approached the court with the request the week before the vote.

The commission’s provincial electoral officer, Mawethu Mosery, denied claims of electoral malpractice ahead of the by-election, which was held on May 23 and did not accede to the ANC’s request for the by-election to be postponed.

On Thursday the ANC said it was pleased that the Electoral Court had set aside the by-election result.

“As the ANC we believe that the re-run of the by-election, as ordered by the court, will enable the people of Ward 4 to exercise their rights and vote for the candidate of their choice in free and fair elections,” said ANC provincial spokesperson Nomagugu Simelane-Zulu.

It was meant to be a show of strength for the ANC in KwaZulu-Natal‚ but it was the exact opposite.
News
3 years ago

He said there was no electoral fraud during the by-election.

He said people had been registered incorrectly. "We could not establish that there were people who were bused in. The boundary has been changed twice but people had not been changed,” said Mosery.

IFP chair Blessed Gwala accused the commission of double standards. He said there had been similar complaints in the municipality but nothing had been done when his party complained.

“There is nothing we can do if the electoral court has said we must re-run the by-election,” he said.