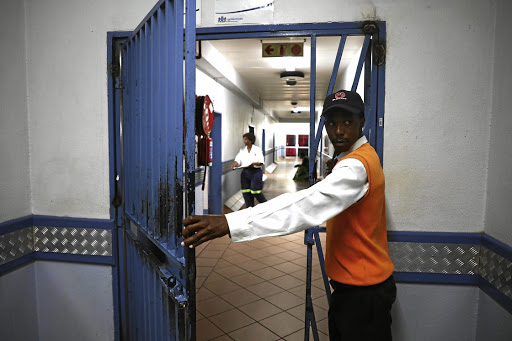 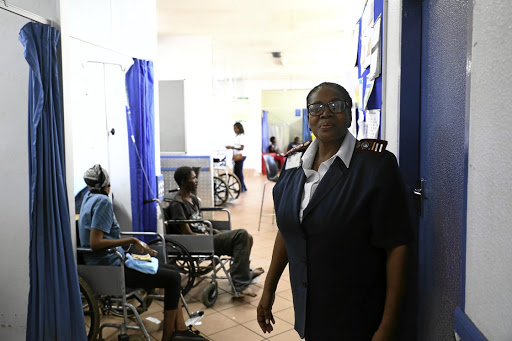 Frustrations over a shortage of stretchers and an overflowing resuscitation room put the lives of staff at a Gauteng hospital at risk.

Health workers at Leratong Hospital on the West Rand were on the receiving end of two violent attacks at the weekend, one of which left a security guard with stab wounds.

The attack is one of a string of violent incidents that have hit various health facilities in the province this year.

Yesterday, Popi Molebatsi, the matron in charge of Leratong Hospital's trauma and emergency unit, told Sowetan the casualty ward was too small to accommodate the large influx of people in the area.

As a result on Sunday, Molebatsi said, she received a panicked call from staff in the casualty ward telling her that they were being attacked by a group of people who had brought in a man who had been shot in the abdomen.

"I got a call at 5am from the night staff that were on duty. They were very distraught. Their concern was shortage of stretchers and that the resuscitation room was full.

"But because we cannot turn patients away, they accepted a patient from Westonaria coming with a gunshot wound," she said.

Cellphone footage has surfaced of a man verbally assaulting a health worker at a clinic. The man even goes further to aggressively tap one of the health workers on their shoulder as he continues his verbal abuse. Subscribe to TimesLIVE here: https://www.youtube.com/user/TimesLive

The patient's escorts apparently demanded that he be attended to urgently and were not pleased that he was not placed on a stretcher.

Molebatsi said two security guards at the hospital were injured after a group of about six people accompanying the patient refused to vacate the resuscitation area while medical staff were assisting the man.

She said staff tried their best to improvise with limited resources and informed the people accompanying the patient they would attend to the case.

"The patient was in a wheelchair and they accessed a mattress from one of the beds. They put it on the floor and started resuscitating the patient but the family was not happy," Molebatsi said.

She said staff also asked the group of people to vacate the room so they could assist the patient, but they refused.

Molebatsi said this resulted in chaos and security had to be called in to protect staff who fled the room after they were attacked.

She said relatives usually insisted on coming into the ward in large numbers despite space limitation. Molebatsi said the casualty ward was overwhelmed with 11 workers per shift having to assist an estimated 5000 people per month.

She said the situation was worse during the last festive season when they saw 98 stabbing, 29 gunshot and 326 assault cases in a month.

Minister concerned over spike in attacks
News
3 years ago

She said staff members had to be booked for counselling because of the trauma.

"The community is really not supporting us. We need people to treat us with love and dignity because we are here to save lives," Molebatsi said.

The injured guard, Nkosinathi Mhlongo, said he was stabbed on the hand repeatedly with a sharp object.

Mhlongo, 37, said he was on duty when the group started attacking staff and he had to intervene.

He said when he tried to close the gate and remove the people from the area, one of them started stabbing his hand. "I was afraid for my life. I had to move away because I was bleeding," Mhlongo said.

He said another colleague also sustained minor injuries. Mhlongo said he was recovering but his fingers were not functioning yet.

Esther Mantsitsi, a nurse who witnessed the attacks, said people were still afraid to come to work. She said there was chaos in the ward with people screaming and running away. She said this disturbed the doctor and other staff who were trying to help patients.

"We are so traumatised. People must learn to respect health workers and patients. They must allow us to do our work and save lives."