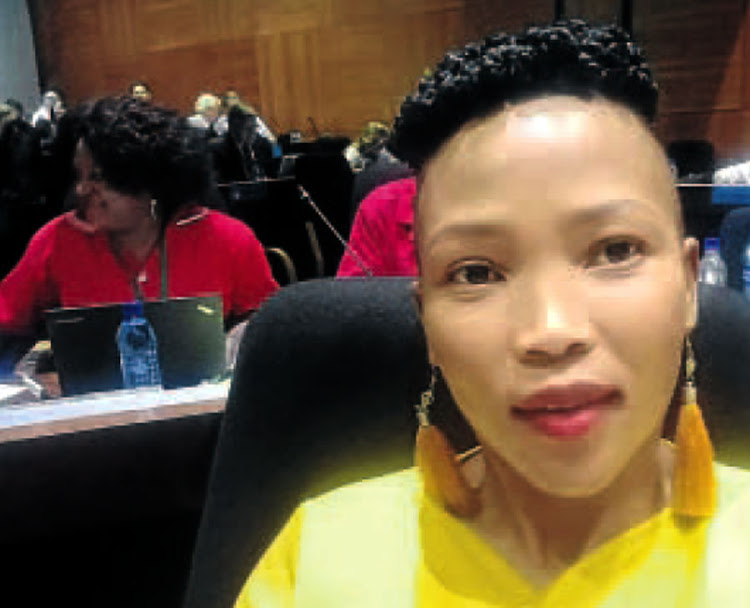 A high-profile DA councillor has been suspended from the party’s Tshwane caucus for allegedly leaking information to EFF leader Julius Malema.

Nkele Molapo, who shot to fame when she was appointed DA provincial media manager ahead of the last elections, is accused of having sent Malema a screenshot of an internal caucus discussion on the eve of a Tshwane council meeting that was to discuss the future of city manager Moeketsi Mosola.

Molapo denies leaking the information to the EFF leader. It is alleged that it was after receiving the screenshot that an apparently angry Malema instructed the EFF caucus in the council not to support mayor Solly Msimanga’s bid to have Mosola suspended as city manager.

The WhatsApp message Molapo allegedly forwarded to Malema was originally lifted from the DA TSH Caucus Networking group, and it reads: “The ANC will back us in the voting to suspend the CM (city manager) I think and so would the EFF, as I don’t think neither have the capacity, will or appetite to run the City before the national election.

“The national squabbles between the EFF and the ANC create for us the opportunity to reclaim the City and also to get more media airtime as this is what we need desperately.”

It was apparently written by DA councillor Kingsley Wakelin. Malema responded by forwarding the screengrab to Msimanga and also texting: “So, this is what your caucus is saying?”

The next day, the EFF refused to have Mosola suspended.

Molapo yesterday confirmed that she has been suspended from caucus activities but denied any wrongdoing.

“I didn’t take the screenshot and this was included in my response to the caucus management. I did not do what I am accused of. You can ask Julius where did he get the screenshot (sic),”Molapo said.

She added that she has not received any correspondence about her suspension and therefore could not say if it was linked to the allegations.

“I’d be lying if I said I have been suspended for 1, 2,3 but I can confirm the suspension.”

She said she has also been removed from all DA Tshwane WhatsApp groups.

According to insiders, this was not the first time a Tshwane DA caucus member alerted Malema of the caucus’s discussions.

A few months ago, another message was sent to Malema, allegedly by a DA caucus member, ahead of the motion of no confidence against Msimanga.

Malema yesterday told Sowetan that he does not know Molapo but that he regularly gets briefings from EFF councillors about information they get from their DA counterparts.

“I don’t know the woman you are talking about. I get SMSes from EFF councillors in Tshwane because those people are colleagues and they are used to each other.

“So when those DA people caucus on whatever nonsense they say, they will then screengrab those things and send them to EFF councillors, and then EFF councillors send [them] to me. The only DA people I speak to consistently are Solly and Mmusi Maimane.”