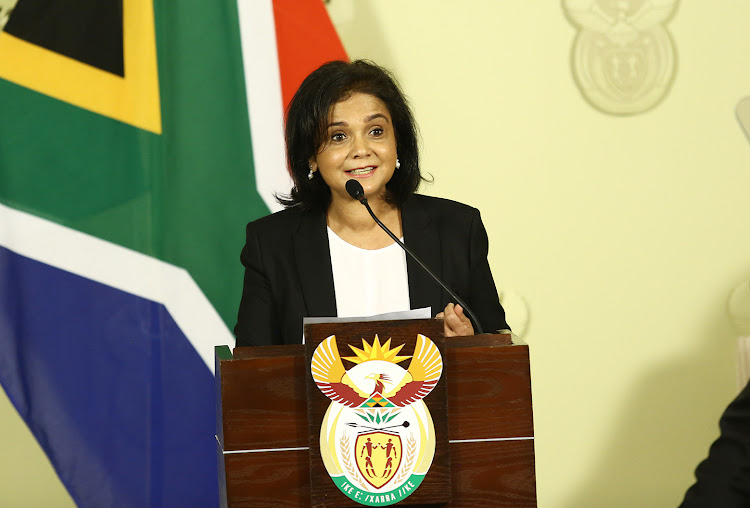 The ANC has welcomed the appointment of Shamila Batohi as the first female boss of the National Prosecuting Authority (NPA).

President Cyril Ramaphosa announced the advocate's appointment during a televised address at the Union Buildings on Tuesday.

“We have no doubt that this appointment heralds a new era in our efforts to strengthen the criminal justice system, characterised by a robust and incorruptible prosecution authority, able to execute its constitutional mandate without fear or favour,” said the party’s national spokesperson Pule Mabe.

The party said Ramaphosa could not have appointed a better candidate, saying Batohi’s credentials spoke for themselves.

Mabe said Batohi stood out. “She has distinguished herself as an ardent champion for justice with a firm grasp of the challenges that require urgent attention in restoring the integrity of the NPA,” said Mabe.

He said Batohi’s appointment was an indication of how far the country had come in advancing women empowerment.

The party called on Batohi to work tirelessly in building a prosecuting authority that becomes a standard bearer of a criminal justice system which delivered the constitutional right that all citizens are equal before the law.

Advocate Shamila Batohi has been named as the new head of the National Prosecuting Authority (NPA).
News
3 years ago

“Access to justice and fair treatment of the poor remain intractable challenges facing our criminal justice system. The capacity of the NPA in bringing cases before court speedily is an urgent and critical challenge that threatens to undermine citizens’ rights,” said Mabe.

Meanwhile, the Congress of the People (Cope) said it welcomed the appointment, saying that a lot needed to be done to fix the embattled NPA.

“We have no doubt that she will have a very difficult task because rescuing the NPA from the clutches of corruption and state capture is not going to be an easy task. It will need a little more than a miracle. But as we know from our own struggle, miracles are made of hard work, principled commitment to what is right and sacrifices,” said the party’s national spokesperson Denis Bloem.

The party said it hoped Batohi would not allow any form of interference from politicians, businesses and civil society.