Pastors to draft code of conduct 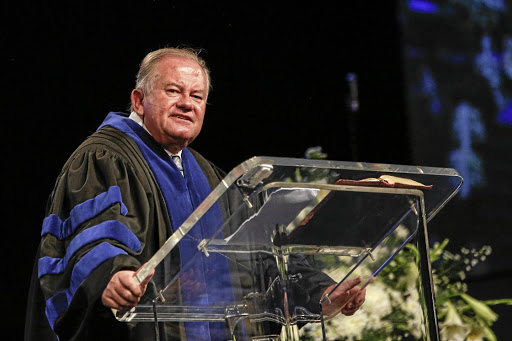 SA will soon have a code of conduct for pastors at it tries to rid itself of bogus prophets who use religion to siphon money off from people.

On Friday, a task team of religious leaders from different denominations, together with the Cultural, Religious and Linguistics (CRL) Rights Commission, announced plans to host a national summit in February.

Rhema Bible Church leader Pastor Ray McCauley, who heads the task team, said the summit would focus on developing a code of conduct and system to bring religious leaders to account.

McCauley said the event would be inclusive of all religious organisations. "The commission has given the religious sector the task to chart the way forward with their help," he said.

The announcement comes after the CRL Rights Commission released a report into the commercialisation of religion, which exposed how people were being exploited by bogus pastors.

McCauley said the findings of the commission's investigations had brought shame to the country's religious sector.

"Their findings have embarrassed us and the religious sector, particularly the Christian faith, which has been making headlines for all the wrong reasons," McCauley said.

Another controversial religious leader‚ Lethebo Rabalago made headlines in 2016 for spraying his congregants with Doom‚ claiming it would heal them.
News
3 years ago

The Timothy Omotoso rape trial under way at the Port Elizabeth high court has once again thrown the abuse of religious beliefs into the national ...
Opinion
3 years ago

CRL Rights Commission chairperson Thoko Mkhwanazi-Xaluva said the summit would assist in making sure people were protected. "This is not just about religious leaders, it is about congregants. It is about the millions of people who are exposed to unbelievable things," she said.

Mkhwanazi-Xaluva said the report called on religious leaders to develop a peer review process in order to hold each other accountable.

She said the commission was consulting with senior counsel with the view of approaching the Constitutional Court to argue that freedom of religion should be limited.

Chairperson of the portfolio committee on corporative governance and traditional affairs, Richard Mdakane, said the committee would support efforts by religious leaders to tackle the issues.

"The committee extends its full support to the process led by Pastor Ray McCauley and various religious structures aimed at ensuring that all the necessary preparations are undertaken leading to the religious summit," Mdakane said.