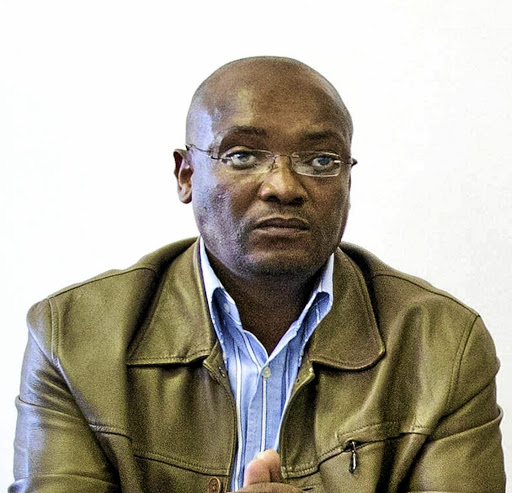 Auditor-general Kimi Makwetu has requested Tshwane municipal manager Moeketsi Mosola to classify the GladAfrica expenditure as irregular. If he fails to do so, the metro will be given a qualified audit for the 2017-18 financial year.
Image: Elmond Jiyane/GCIS

Auditor-general Kimi Makwetu has written to the City of Tshwane’s municipal manager, Moeketsi Mosola, requesting him to classify the GladAfrica expenditure as irregular, failing which the metro stands to be given a qualified audit.

On Friday, Tshwane mayor Solly Msimanga, MMC for finance Mare-Lise Fourie and the city’s CFO, Umar Banda, met Mosola at Tshwane House to convince him to sign the GladAfrica expenditure as irregular.

Sowetan understands that Mosola finally pledged in the meeting that the R12bn project management contract would be classified as such for the 2017-18 financial year.

However, it was not yet clear whether Mosola had done so by by Friday’s deadline as per the Municipal Finance Management Act (MFMA).

Approached for comment, Mosola would neither confirm nor deny that the meeting did take place, or that he gave the city his undertaking.

“I cannot comment on any of the ongoing audits. The city audit has not been completed, it will only be complete when the council adopts the report, which will be tabled by the mayor on January 30 next year,” Mosola said.

“Before then, it will be improper for me to comment on the audit. I haven’t even received the management letter from the AG’s office, so I do not know what you are talking about,” he added.

The mayor’s spokesperson, Samkelo Mgobozi, however, confirmed that the meeting did indeed take place, but would not be drawn on its contents.

“I can confirm the meeting did indeed take place at 10:30am on Friday. [However] some matters are sub judice and I don’t want to prejudice anything directly related or incidental to other city processes I’m not authorised to divulge at this stage,” Mgobozi said.

He said Mosola had no choice but to accept the AG’s finding and that not signing the tender as irregular would amount to an offence.

“The city manager would commit an act of financial misconduct if he deliberately or negligently contravened the provisions of the MFMA by refusing to disclose the irregular expenditure incurred on the contract in the annual financial statements,” he said.

According to the AG’s preliminary findings, Mosola took total control of the procurement process that led to the appointment of GladAfrica.

He initiated the process, determined the demands of the project management unit, and approved the process to be followed. This should have been done by the supply chain management department, according to the AG.

The GladAfrica saga has led to a tug of war between Msimanga and Mosola, which has led to at least three attempts to suspend the municipal manager through council.