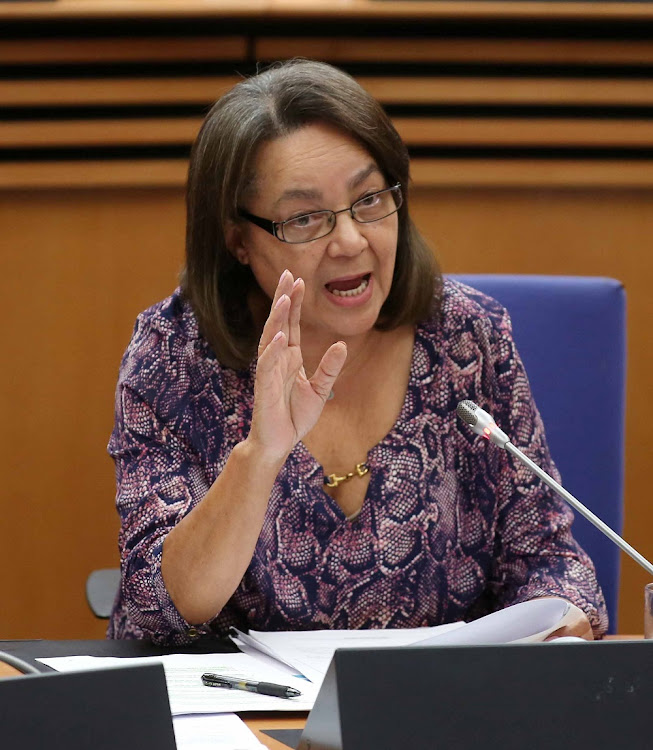 This follows her decision to formally unveil her new political party Good yesterday in Johannesburg to contest next year's general elections in all nine provinces after she leftthe DA in October amid public spats and court battles.

Good, which is not an acronym, will be officially launched next month.

"The name will simply be Good. It is a very simple but authentic name that says quite boldly what we stand for and we are here to disrupt politics as usual. Good is a movement there to uphold the constitution and one that cares about our people," said De Lille .

Last month, De Lille said she was still considering whether or not to use her former political home - Independent Democrats - which she founded on June 21 2003.

The ID and the DA merged in 2010 with an intention to challenge the ruling ANC for the 2014 general elections.

De Lille said Good resembled what the party stood for and therefore had to be authentic.

Former Cape Town mayor Patricia de Lille on Sunday revealed the name of her new political party that plans to contest the 2019 elections.
News
3 years ago

The more the merrier, for Aunt Pat

This is a shift from the view she has held ever since she and then DA leader Helen Zille began talking about collapsing the ID into the DA.
Opinion
3 years ago

"That name and identity arose from the hopeful and patriotic vision we hold and from the values we've enshrined in our movement's constitution and our country's constitution.

"We are here to disrupt politics as usual. It is rallying call to Good South Africans to resuscitate the project of optimism and reconciliation."

De Lille told Sowetan that new leadership would be announced within 18 months after the general elections in May next year.

"We are going to have a national leadership committee that is going to run the party until after the elections and then we are going for a national congress."

In October, De Lille and DA leader Mmusi Maimane reached an agreement after they had been at loggerheads for months.

"You see in other political parties they are recycling the same old politicians all the time because the only reason why they sit in parliament they want to be there for 15 years and get a pension ... and so they become dead wood," De Lille said.