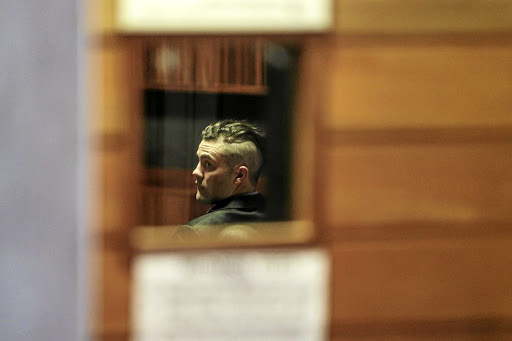 The prosecution in the case of paedophile Collan Rex received a sentence closer to what they had asked for when South Gauteng High Court Acting Judge Peet Johnson sentenced Rex to an effective 23-year jail term yesterday.

During the closing arguments yesterday morning, prosecutor Arveen Persad had asked for Rex - the former Parktown Boys High School assistant water polo coach who was found guilty of 144 counts of sexual assault and 12 counts of assault in September - to be sentenced to 25 years in jail.

The defence had asked for Rex to be sentenced to a suspended jail term.

However, Johnson imposed the harshest term possible for Rex - sentencing him to 20 years in jail for sexual assault and three years for assault.

The South African Male Survivors of Sexual Assault (Samsosa) and Women and Men Against Child Abuse welcomed the lengthy sentence.

"We believe the sentence handed down sends a clear indication of the severity of sexual assaults and what types of sentences should be handed down. The boys who have spoken out are the heroes and they have stopped a predator from committing the same offences to others.

"They have stopped thousands of boys from experiencing the trauma they went through," Samsosa's founder, Rees Mann, said on behalf of the two organisations.

The Bikers Against Bullies South Africa, whose members have been attending the sentencing proceedings since Tuesday, also welcomed the sentence.

Its national vice-president David Kolm said the sentence sent a clear message that anybody who abused children should be severely dealt with.

Rex was found guilty in September following testimony from several boys from the prominent Johannesburg school, aged between 13 and 16 at the time.

The boys described how Rex, who was also a boarding master at the school, had choked them during 2016. Others testified that he had touched their genitals during that year.

Passing the sentence yesterday, Johnson described Rex as a serial sex offender and a bully.

The National Prosecuting Authority especially thanked the matron at the school, Mariolette Bossert, for her bravery in reporting these crimes against Rex.

Bossert testified on Wednesday, during the sentencing proceedings, how some of the boys were on suicide watch following the sexual assaults by Rex.