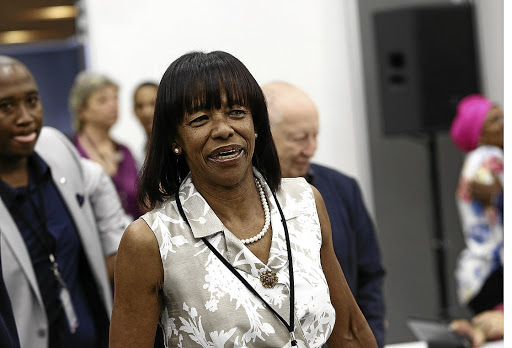 In his stint as public enterprises minister, Malusi Gigaba wasted no time in trying to facilitate a lucrative deal for an Indian airline, while his director-general lobbied for SA Airways to advertise in The New Age newspaper, the state capture inquiry heard yesterday.

Gigaba prioritised the facilitation of a meeting between SAA and major Indian international airline, Jet Airways (the same airline which ferried the Gupta family to Waterkloof Airforce Base for the notorious Sun City wedding in 2013) within weeks of taking office in 2010, even though SAA had persistently avoided interaction with the Indian-based airline in the past.

Senior officials from Gigaba's department are said to have also lobbied for SAA to advertise in the Gupta's newspaper, The New Age (TNA).

This was according to former SAA board chairperson Cheryl Carolus, who testified at the commission of inquiry into state capture yesterday.

Carolus, who corroborated earlier testimony by Barbara Hogan, told of how Jet Airways' chief executive Naresh Goyal unsuccessfully persisted to have a meeting with her to discuss the closure of SAA's lucrative flight routes between Johannesburg and Mumbai.

"Somewhere along the line, we found that Jet Airways was proposing that SAA should drop the route.

"It was a strange request. We decided we're not going to do it," Carolus said.

"We were happy to collaborate but they were not going to do it... They went on an aggressive campaign against SAA."

Hogan previously told the commission about a state visit to India in June 2010 where Goyal was "desperate" to meet her. She was fired a month after her return and replaced by Gigaba in November that year.

Carolus told the commission that it was within weeks of his appointment that Gigaba requested a meeting to discuss the Mumbai route.

Criminal charges and civil cases that were laid against senior managers at South African Airways about a decade ago have seemingly disappeared.
News
3 years ago

Former SAA CEO Size Mzimela was one of the representatives Carolus said attended the meeting.

"They [Mzimela and other SAA representatives] then came and gave me a report back and the one thing that struck me was that the minister told them that he is expecting more people... They then proceeded to wait for these unidentified people and they waited for three hours. It was extraordinary that a minister would wait for three hours," Carolus said.

"When they arrived, they were two gentlemen, one of whom was [Goyal].

"[Gigaba] took a back seat and the entire discussion was led by [Goyal]. Gigaba did nothing and said nothing ... We certainly thought it was very peculiar."

Carolus said Gigaba called another meeting in April 2011 where Goyal was again present.

This time, at the end of the meeting, Gigaba allegedly instructed that SAA and Jet Airways must "find one another".

It is believed the Gupta family had an interest in Jet Airways and actively lobbied for the closure of SAA's route on its behalf.

Former ANC MP Vytjie Mentor previously testified that one of the Gupta brothers allegedly offered her Hogan's job on the understanding that she would close the routes once she took up office.

Another part of Carolus's testimony directly implicated senior officials in Gigaba's office. She said that she, along with the airline's then chief executive Mzimela, were summoned to a meeting with then public enterprises director-general Tshediso Matona.

The meeting came after SAA's bid adjudication committee turned down a deal to advertise with TNA because the newspaper did not meet the airline's criteria.

When the pair arrived at the meeting, they apparently found Matona with Gigaba's legal adviser Siyabonga Mahlangu.

"[Matona] explained that the TNA is a new entrant in the media scene and he thought that to encourage media diversity, TNA should receive some support," Carolus said.

"What we were being asked had a financial implication. SAA spends money as far as newspapers are concerned to create visibility for the airline... TNA was new and whilst one had sympathy for diversity, there was a state entity to help new entrants into the market."

The commission of inquiry will continue on Tuesday next week. It is expected that Mentor will take the stand once again, this time to be cross-examined.