Despite all the scandals and corruption, our roads still shine as a beacon of pride 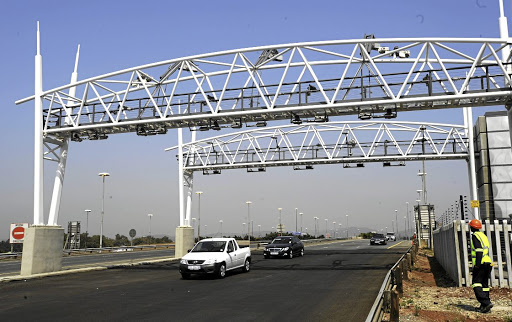 According to South African National Roads Agency Limited, SA has 158124km paved roads, and each province, metro or municipality is doing their best to keep them well maintained. /Russell Roberts

Should I write a column about Pravin Gordhan taking the EFF to court for defamation of character?

Should I just settle for the run of the mill column about the goings on at the state capture commission hearings? Or just call on Hlaudi Motsoeneng to pay back the money now that the SABC which he helped bring to its knees is short of money?

Should I write about that cop who shot his wife and her brother, before turning the gun on himself, right inside the court buildings in Durban this week? Should I write about Mike "Sporo" Mangena appearing in court on charges of running a drug laboratory on the West Rand?

Whew! I am like a cat confronted with platefuls of milk and fish.

Off the beaten track, fellow South Africans. Let me just remind all you folks that although there is just so much to whine about, there is a lot we can pride ourselves in.

Take the simple matter of our roads. Until you travel outside of SA, you will not appreciate just how
advanced our roads are compared not only with those of other countries on the African continent, but internationally!

SA has the 10th largest road network in the world.

Considering that there are 195 countries in the world (if we include Palestine and the Holy See), I can proudly say we are internationally competitive.

Needless to say, having such a vast road network ensures that our economy is competitive. Farmers need roads to transport produce across the country and the continent. The same applies to manufacturers.

Tourism is also one of the major contributors to our economy. You can't operate a vibrant tourism industry if your roads are dilapidated.

It is thanks to our infrastructure in general that, to foreign travellers intent on seeing the rest of the continent, we are the first port of call.

We are the springboard from which they launch themselves into the rest of the continent. This is something to not only acknowledge but also celebrate, especially in these days of so many scandals and bad news that only paint a dark shadow to the collective face of this country.

According to the South African National Roads Agency Limited (Sanral), the total number of kilometres of paved roads within SA is 158124km, of which 21946km of these routes are operated by Sanral.

The rest are divided between provinces, metros and municipalities depending on which part of the country the road cuts through.

Having stated our achievement in this regard, it behoves me as a proud South African to start right now to ask everyone to respect our roads as we gradually wind down our businesses to prepare for the festive season.

The season will never be completely festive if we do not behave ourselves on our roads - for there will certainly be regrets and anguish as we turn to mourning those who would have died on our roads.

Every week hundreds die on our roads, mainly because of negligent and reckless driving. The numbers go up during each festive season.

Our roads are generally of a high standard, which should minimise accidents. However, we fail, as both pedestrians and drivers, to utilise this precious resource with the respect it deserves.

Let's drive with pride and respect.