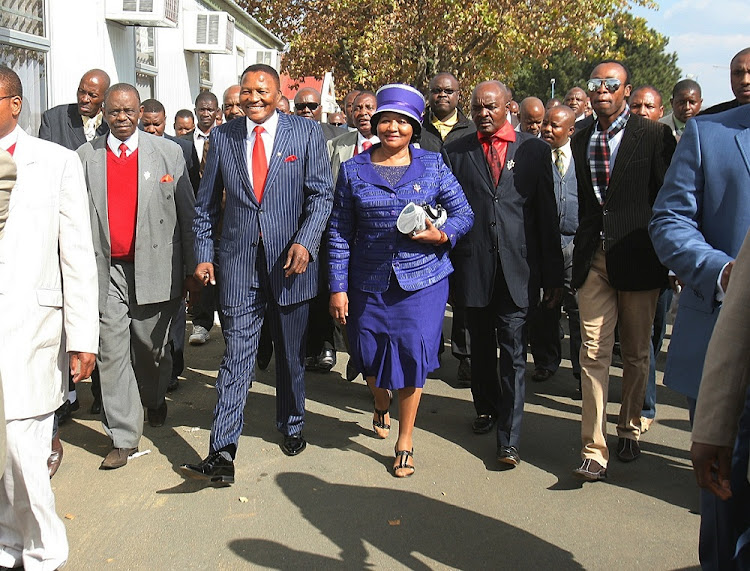 At least 17 members of the International Pentecostal Holiness Church (IPHC) appeared in court on charges of murder‚ attempted murder and malicious damage to property‚ the Hawks said on Friday.

The 14 men and two women‚ aged between 23 and 62‚ were arrested in sting operation in Mabopane‚ outside Pretoria‚ on Thursday‚ Captain Ndivhuwo Mulamu said.

The arrests followed investigations by the Hawks and police crime intelligence into the bloodshed that occurred in April 2016.

“It is alleged that IPHC youth groups from different branches around the country [had] visited the Mabopane IPHC branch and requested an audience with the pastor in charge of the region to discuss the court case and the succession battle following the death of the late senior pastor‚ Glayton Modise‚” said Mulamu.

“A fight allegedly broke out and members started stoning each other with an assortment [of] objects. One church follower succumbed to his injuries‚ 11 other members were seriously injured and were transported to various hospitals in Pretoria. Four vehicles were also extensively damaged during the scuffle‚” Mulamu added.

The case was referred to the Hawks in May this year.

The group appeared in the Soshanguve Magistrate’s Court on Thursday and were granted bail of R2‚000 each.

“Two other suspects are still being sought and will be arrested soon‚” Mulamu said.

The case was postponed until February 8 2019 for further investigations.

Troubles at the IPHC‚ one of Africa’s largest churches‚ started after the death of its leader‚ Modise‚ in February 2016.

The disagreements are mostly over which of Modise’s children should succeed him. One son has since opened another branch of the church under his name in Lenasia‚ southern Johannesburg.

Earlier this month‚ the factions clashed outside the IPHC's headquarters in Zuurbekom‚ Westonaria.

Numerous gunshots were fired and more than a dozen vehicles were damaged. Although no-one was killed‚ scores of people were injured.

Captain Mavela Masondo said at the time that police had confiscated guns suspected to have been used in the clash‚ but no-one had been arrested.