Hundreds turn up for memorial service of slain grade 1 pupil 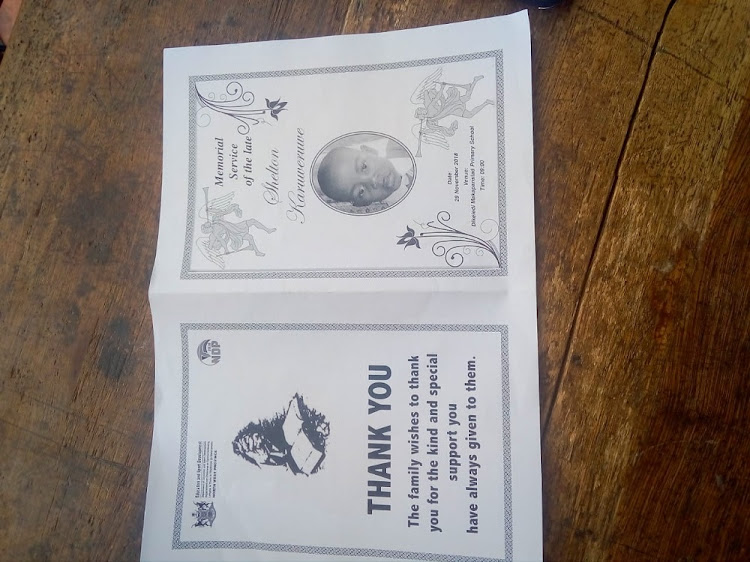 Shelton Karuweruwe a grade 1 pupil was stabbed to death in his school's toilets.
Image: Yoliswa Sobuwa

Hundreds of people on Thursday attended a memorial service of the late Shelton Karuweruwe.

The seven-year-old grade 1 pupil was stabbed several times at his school’s toilets in Dikeledi Makapanstad Primary School in North West by a 17-year-old boy a week ago. Pupils from other local schools are also attending the memorial.

Speaking at the memorial service, South African Democratic Teachers Union regional chairperson Amos Diale likened a school to a church. “It should be a holy place. The school places a vital role in the life of a learner. Our communities must take their role in ensuring our schools are safe. I also commend the community for not taking the law into their own hands. If it was in another place, we would be talking a different story [about the suspect],” Diale said.

Accused haunted by dreams of grade 1 pupil.
News
3 years ago

Pupils from Mmankala Technical High School, where the suspect was in grade 11, took to the stage to render a church song. School principal Willy Modise said it is sad Shelton’s life ended in the toilets when his parents had enrolled him to get education.

“Unfortunately on that particular day the child could not go back home alive and prepare himself once again for school the following day.  A school should be a refuge against cold winters and hot weather conditions, a university of life, a perfect place to escape all the troubles and tribulations of the world," said Modise.

"We don’t know how the suspect gained access to the school, however, according to rumours he slept at the graveyard and at 3am left for the school. We also heard that he had been stalking the child as he had been to the school twice before."

The suspect was expected to make his third appearance in the Moretele Magistrate's Court on Thursday.

Department helps family with funeral.
News
3 years ago
Next Article