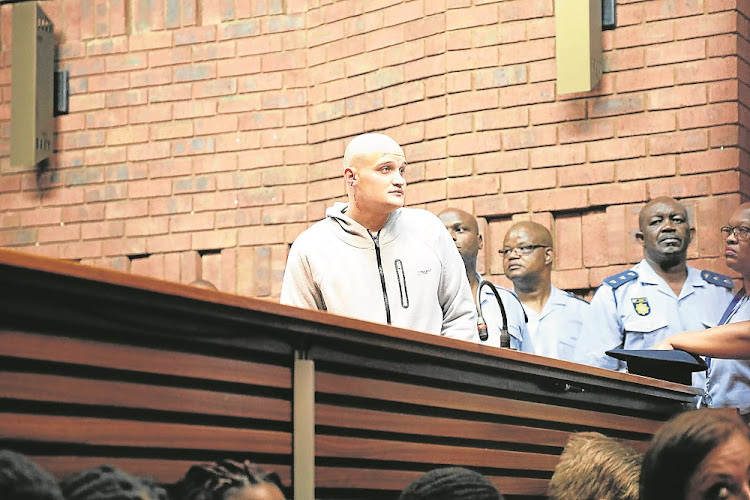 FILE IMAGE: Nicholas Ninow, who is accused of raping a seven-year-old child in the bathroom of Dros restaurant in Pretoria, appears before a packed Pretoria magistrate’s court.
Image: THULANI MBELE

The matter against a Pretoria man who allegedly raped a seven-year-old girl at a Dros restaurant has been postponed to January 15.

Nicholas Ninow appeared briefly in the Pretoria Magistrate's Court on Wednesday facing charges of rape, assault with intent to cause bodily harm, possession of drugs and intimidation.

Magistrate Ignatius du Preez postponed the matter due to a shortage of beds at the Weskoppies Psychiatric Hospital. “There is a possibility that should a bed be available before the aforementioned date, the accused will appear in court,” Du Preez said.

During his last appearance on November 1, the court heard that the accused had been diagnosed with bipolar and had undergone treatment for substance abuse as a teenager.

Legal Aid attorney Riaan du Plessis said there was a history of mental illness in the accused’s family. It was recommended he be referred for mental observation at the Weskoppies Psychiatric Hospital.

Ninow allegedly raped the child in one of Dros restaurant's bathroom cubicles in Silverton in September. The accused was found naked, with fluids on his body. The state informed the court they were also waiting for toxicology reports on the fluids.