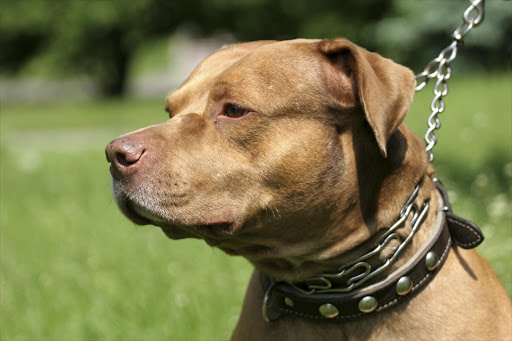 The dogs' owner claimed his dogs were kept behind locked gates and escaped after an intruder broke into his property.
Image: Stock Image

The high court has found the owner of three dogs that left a man without his left arm liable for damages.

Labourer Gerhard Cloete was pushing a refuse trolley in Port Elizabeth in February 2017 when the pitbull-looking animals attacked him‚ resulting in his left arm having to be amputated at the shoulder.

Cloete sued the owner of the dogs‚ Christiaan van Meyeren‚ in the high court in Port Elizabeth for more than R2.3m in damages.

In his defence‚ Van Meyeren said his dogs were kept behind locked gates in Rowallan Park and escaped after an intruder broke into his property.

He denied liability and negligence.

According to the judgment‚ Cloete was saved by a passerby who risked his own life.

A Port Elizabeth man is in a critical condition in Livingstone Hospital after he was mauled by two pitbulls on Saturday. Health department spokesman ...
News
4 years ago

“He was saved from worse injury‚ or perhaps death‚ by the extremely courageous conduct of a passerby‚ Jacques van Schalkwyk‚ who‚ without regard for his own safety‚ fought the dogs off of [Cloete] and then kept them way from [Cloete]. He was ultimately also attacked by the same dogs‚” said judge Murray Lowe.

“The dogs themselves were owned by [Van Meyeren]. One of them had been a so-called ‘rescue dog’ and was the mother of the other two younger but fully-grown dogs. They were ‘mixed breed’ large dogs which showed pitbull dog features and were treated by [Van Meyeren] and his family as house dogs — sleeping indoors.”

The dogs‚ which were covered in Cloete’s blood‚ were later put down.

The court found Van Meyeren liable this week and ordered him to pay the legal costs. The quantum of damages is yet to be determined.